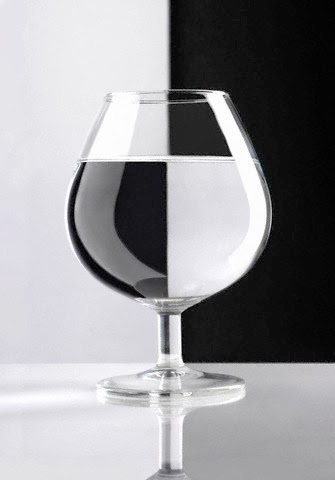 An addiction is a form of security. It provides comfort, stability, and a refuge. Recently I have wondered if Christianity is an addiction. Can theology enslave? Can the desire for certainty be addictive?

It's not the object of the addiction that characterizes an addict, it's the addictive behavior itself. An addict is unreflective, emotionally reactive, and has out of control behavior.

Addiction to certainty is refusing to be less than 100% sure about anything God-related. It is the desire for the well-defined. It is the world in black and white. It makes rules more important than people. It reeks of pride and arrogance. It is a methodically constructed fortress of faith that sees every visitor as a potential threat. It runs each person through a careful screening process to determine whether friend or foe.

I've met parents who get extremely defensive when topics such as evolution, popular music, and gay marriage are broached. I watched a couple tense visibly when I told them I felt fine with my kids dressing up for Halloween. They quickly reminded me that it was a Satanic ritual. They were  uncomfortable with the paper spider and witches hanging from the ceiling of our church fellowship hall (a preschool rents our facility). The decorations threatened them.

I had an on-line argument with a Christian who could not accept the possibility that the Ten Commandments were supplanted in any way by the New Covenant and was not willing to consider any biblical evidence. As is typical with this type of forum, he resorted to insults and repeating his argument. I was amazed at how unreflective and reactive his responses were.

I have a friend who rates churches solely by their adherence to his theological measuring stick. He evaluates Christian books according to their reviews and casts them aside if they appear to miss his standard. He knows his emphasis on certainty can isolate him from others and hurt those he cares about.

The stories go on. Most conservative Christians are addicted to certainty*. But one doesn't have to be.

I believe the Bible is the Word of God and true insofar as what it teaches. I also understand the importance of preserving sound doctrine. Without confidence regarding core beliefs about who Jesus is and what he did, our faith has no value. Certainty concerning central ideas about God is vital. I get that.

The problem is many Christians want every aspect of life spelled out with a high degree of certainty. They want rules. They don't want to wrestle with tensions, gray areas, questioning, and doubt.  They latch onto the rigidity of their belief system as a protective barrier from the rest of the world. High walls keep out intruders.

A Christian leader taught me recently that theology is a science. A science is a construct of man's understanding in a given area. And that understanding grows as new knowledge and experience are acquired. Theology is a map of what God is like. And sometimes our theological GPS is wrong and needs to be adjusted. After all, we place life trust in the person of God and not in the system that attempts to describe him. Our refuge is the king not the castle.

I'm a recovering addict. Part of me loves having enemies to get riled up against. I love feeling like I'm right and other people are wrong.

And yet the greater part of me gets excited knowing there is so much more about God that I have yet to understand and experience. God is mysterious. Even in the midst of that, I've become increasingly certain of several things. One is that God loves me and gave his son for me. Out of that assurance I can face uncertainty with both confidence and humility. The joy of Christianity is entering into the dark and wonderful unknown that is faith in Jesus. And part of the journey is dying to our addiction to certainty. It is the best possible way to die.