You're not Angelina Jolie 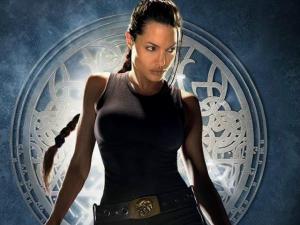 I enjoy confrontation but my emotional reactiveness can often get in the way of being helpful.

This article by Evan Marc Katz, a dating coach, is an example of effective communication and its limits. He is passionate, logical, and empathetic in making his point. And yet even the most helpful communication will fail when the hearer doesn't want to understand.

What I admire about Katz is his ability to call a woman out on her issues in a way that is sensitive, compassionate, and rational and yet makes his point forcefully and clearly. I wish I could do that.

This woman complains to Katz that her boyfriend doesn't think she's as beautiful as Angelina Jolie. It's not a comment he made in passing or because he was dissatisfied with her looks - it's something she brought up with him - likely when they were watching a movie and he made some comment praising Jolie's looks. The woman then asks if her boyfriend's inability to correctly assess her hotness is a deal-breaker.
Just wow.

So many things wrong with this. The woman's question is delusional and reeks of insecurity and self-absorption.  My response to her would have sounded something like this:

"WHO DO YOU THINK YOU ARE? You are an irrational lunatic. I can't even talk to you right now."

And then I would have tromped away in disgust. There's passion but no effectiveness.

Which is why I admire Katz's response. It's so baller. He affirms the question, explains objectively the differences between the way men and women communicate, and then systematically dismantles her question and exposes what it reveals about her. He's like Lebron singlehandedly breaking down the Warriors defense. He's putting on a clinic here.

1) Disarm the receiver: She is defensive and he does two things to break that down a) affirm and appreciate the question b) tell a story that is decidedly neutral in its tone and point (how men and women communicate differently) c) expresses something positive about her communication

"In fact, suffice to say, women are largely better and more sensitive communicators and men should really learn take a page out of women’s emotional playbooks."

And then slips the dagger -

"Except for this one thing… Because women are so kind and supportive, they don’t always speak their minds. They obscure the truth to be sensitive, but fail to communicate their true feelings."

2) Analyze the delusional elements: He talks about her three delusions - expecting her boyfriend to be infatuated with her, insulting her boyfriend's look in retaliation, and her persistent desire to be found objectively more beautiful than most Hollywood celebrities.

He then turns the tables on her and asks her how she would feel if he felt offended that she didn't objectively think he was as creative as Steve Jobs (not exactly what he says but close). The men out there who would compare themselves favorably to Steve Jobs are either on Steve Jobs' level (Larry Ellison comes to mind) or completely irrelevant and dismissed. (Actually, there probably are a lot of guys out there who think they're as creative as Steve Jobs but I doubt they would demand their girlfriends share the same assessment. If they're crazy enough to assess themselves that highly, they're probably not too concerned about what people think about them. When guys go delusional, they go full delusional.)

In any case, Katz's argument is masterful and okay, a little bit harsh, but he's so good at helping her see this from a different perspective.

When communication breaks down

What's crazier is, based on the comments, there are women who believe their significant other SHOULD OBJECTIVELY THINK SHE IS THE HOTTEST PERSON ON THE PLANET otherwise he must not be in love with her. If he doesn't feel that way, he must therefore think of her as a "consolation prize". That is just insane.

What's crazy is - in the comments (450+) is that several women 1) insist they want to be lied to. 2) confuse physical attractiveness with enduring affection of love. There's even one woman, whom many commenters agree with,  who insults EMK and his marriage. Honestly, it's crazy to me that there are people who even when shown something communicated well, refuse to understand. He expresses his viewpoint on her question and someone attacks him for it. Catty much?
That being said, even when you communicate something well, to men or women, there will be significant number of people who will still NOT GET THE MESSAGE. They will misinterpret, misunderstand you, etc. Even yes, even the Lebron James of dating coaches has his limits.

So here's the thing: People do not truly value honesty. They want an idealized version of love that does not exist. It is the idolatry of romance. If a man falls in love with you, then he must objectively believe you are GOD'S GIFT TO MEN. Otherwise, he must not love you. He must think of you as second-class. Do Disney movies actually promote this? I know popular culture is crazy on this. This conception of romance is what props up the self-worth of women and renders them unable to hear truth.
Refusal to acknowledge truth

But there's a deeper point than the idolatry of romance. We are being dishonest when we ask to be compared with others. Where we seek comparisons reveal how we seek approval and in what ways we are vulnerable to deception. I have often asked Judy to compare me with other people in areas that I strive to excel in. Recently, I asked Judy to critique another pastor's preaching. Implicit in my question was the not-so-innocent motive of wanting her to affirm my ability to communicate. I wanted her to compare me favorably in regards to an area where I'm insecure. Obviously, physical appearance is one of these areas for many women.

Implicitly, I wanted Judy to lie to me for the sake of my self-esteem. I place higher value on covering my shame than acknowledging reality.
Judy was aware of what I was doing, made some neutral comments, and conspicuously avoided making any comparisons. She didn't call me out but she refused to play my game. Thankfully, I realized what I was doing and stopped forcing the issue.

As long as my self-worth is propped up by a given perspective, I will have no incentive to change my lens on reality unless I have an alternate means of deriving worth. That's why the gospel so powerful. Jesus meets our deepest longing to be validated and in doing so, enables us to receive truth.

Michael Lewis, in one of his books about the financial crisis, talks about how courageous insiders tried to get mortgage brokers to understand the implications of what they were doing. The facts were obvious and yet none of them changed their behavior. They were, after all, making tons of money off high-risk collateralized debt obligations. The problem wasn't the message. That was loud and clear. The problem was the receiver couldn't handle the message. To paraphrase him:

Beware persuading someone of a truth when their livelihood depends on the lie.