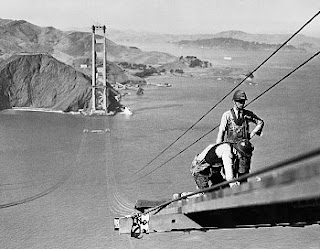 When should one aim to get married? How long should one know his/her significant other before tying the knot?

I often hear these two questions and they have all kinds of problems because each person and relationship is different. Plus, other people have answered better than I will.

Earlier is Better (sort of)

I generally believe opposing the prevailing culture for gospel reasons. The culture of overachieving Asian Americans  emphasizes delaying marriage until career, education, and finances have been sorted. If you're in that category, I believe earlier age-wise is better. I'm biased towards the start-up rather than merger aspect of marriage. Marrying younger has all kinds of benefits - namely building a life together when each of you is the most malleable. A good marriage trumps career, education, and finances. However, for impulsive and short-sighted people, waiting is probably a good thing. What's most important is to become the type of person that is malleable and desires growth.

What inhibits many from pursuing marriage earlier is high expectations. In the past, marriage was mainly economic and social. Now, marriage is economic, social, romantic, emotional, and self-actualizing. That's a lot to expect from marriage. It is important to recognize the sacredness of the spiritual, lifetime union and yet not expect it to fulfill all your needs. The Cinderella, sweep you off your feet, Taylor Swift fairy tale stuff does not exist. Having realistic expectations is key. We, with fractured bodies, wait for God to show up in unexpected ways in the midst of a fractured world. One way God shows up is through marriage.

Not How Long but How Well

Along with that, I don't think you need to know someone for a long time to get married. The more mature you are, the less time you need. It's helpful to have a sense of the person's character, values, and family background. By that, it's not what the person says, but the track record of the person's actions and behavior and their reputation from family and friends. It's easy to fool one person (you - the significant other) but more difficult to fool one's family, friends, coworkers, etc. In the end though, you don't actually need to know the other person well if you have other resources.

One perspective of marital readiness is the idea of support. Imagine marriage or marital readiness as a bridge. The length and sturdiness of the bridge is determined by the span and weight of the couple's expectations. A heavy burden of expectations requires a long and well-constructed bridge.

In order to make the marital bridge capable of supporting the weight of expectations, a couple needs support. There are two kinds of support - internal and external. Internal support is the material used to construct the bridge. Internal support in marriage means personal qualities of the two individuals - responsibility, acceptance, work ethic, honesty, integrity, affection, trust, loyalty, gentleness, commitment, etc. When we talk about a couple's readiness to get married, we usually talk about these qualities. When a couple is intimidated by marriage, they're usually talking about inadequacy these areas.

But internal support is not the only way to add structural integrity. You can externally retrofit a structure to augment its strength - adding beams, and whatever else civil engineers do.

I've been thinking about how arranged marriage works in India. It doesn't always work well in terms of happiness because the institution is not designed around individual choice and romantic fulfillment. But I've witnessed and heard of arranged marriages that both endure AND have a high degree of marital satisfaction. Were these couples ready when they got married? How well did they know each other?

Some observations and comments on successful arranged marriages: 1) The couples didn't know each other very well and because they didn't, they likely had realistic expectations about marriage. They recognized the initial years of marriage would be a breaking-in period of getting to know each other and the romantic aspect might take years to develop, if at all. 2) The couples experienced strong external support for their marriage. Arranged marriage is an accepted social institution and there are structures that help guide the courtship process. There's active participation from both sets of parents - who are emotionally invested in seeing the marriage succeed (aka grandchildren). There's also the model of other successful arranged marriages in the community. Lastly, the surrounding culture places value on marriage.

People often cite Judy and I as a model of fantastic internal support to have gotten married at 24 and 23 years old, respectively. We must have possessed exceptional maturity and courage to oppose the overachieving Asian American narrative of education, career, and money first.

It's a flattering narrative but not quite the reality.

If you look closer, we benefited from strong external support towards early marriage. We both came from intact families and even though we attended an academically prestigious university, we were heavily involved in a conservative evangelical fellowship. Going on a summer project with Cru was an eye-opening experience. We met predominantly white college students from the Midwest who often married during or immediately after college. Education, career, and finances were distant seconds to marriage. Our staff director introduced me to Josh Harris' Kiss Dating Goodbye and constantly badgered me to get married as soon as possible. A handful of close friends married within a six months of our graduation.

For couples considering marriage, it's important to evaluate the internal support but don't neglect the external support either. It's not easy to open up one's lives to other people but it's a vital part of living in community as the body of Christ. One thing I've learned after seventeen plus years of marriage is external support is no less vital today than it was when we first married. We need therapists, older couples, both sets of parents, and the body of Christ to continue to model and counsel us through our seasons of marriage and raising children.

Ultimately, the idea of marital readiness is a misnomer because getting married is when the preparation begins. You don't know what you need until you're in the thick of it. It's like your first time playing basketball against a full court press or cooking your first full meal for guests under time constraints. You are clueless on what it's like until you've experienced it firsthand. But once you do, you have a much better idea about what you need to work on and how far you have to go. God is constantly training, molding, and equipping us for marriage, in the midst of being married. And we continually need support, both internal and external, for building a stronger marriage.