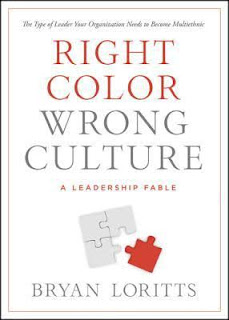 "I am not an angry black man."

Those were Pastor Bryan Loritts' first words at our church leaders' training session. I had been nervous about the event. When our lead pastor announced Loritts as the guest speaker and his topic of diversity, there were several voices expressing concern this workshop might constitute “social content” and not address our leaders’ need for spiritual formation.

I understand the root of the concern. “Diversity” is a loaded word. It conjures up visions of state-sponsored politically correct brainwashing. It feels like it emphasizes behavior rather than identity. It feels focused on the outward rather than the inward. It feels beholden to a progressive political agenda. It feels devoid of the gospel. Those concerns are well-founded. There are indeed abuses of social justice by the Christian left, who seem to have  abandoned the centrality of Jesus’ death and resurrection and faithfulness to the scripture.

Loritts pointed out the greatest opponents and proponents of the civil rights movement were both Christians. In recent years, conservative and liberal Christians have fallen into two different yet related errors. If you grew up in a conservative church, you grew up with a bifurcated gospel. This camp has emphasized the horizontal to the detriment of the vertical. Conservatives tout bible reading and theology while neglecting love for the poor and marginalized. Meanwhile the latter camp  has emphasized the vertical to the detriment of the horizontal. Liberals feed the hungry while neglecting the proclamation of the gospel and the study of the scriptures.

Jesus did both. He taught the scriptures AND healed the sick. Orthodoxy cannot be divorced from orthopraxy. The thinking of our faith and doing of our faith are both critical to the life of the follower of Jesus. Loritts went on to explain how the first century church was always multi-cultural - Jew and Gentile in community together. Acts 6 details how the early church accommodated the cultural patterns of Hellenist (Greek-assimilated) Jews and later chapters demonstrate adaptation to Gentile cuisine. In each case, the gospel was both preached and lived out in cross-cultural ways.

One of my favorite moments was when one of our leaders asked “What is white culture? I’ve never experienced anything like that”. It took courage, compassion, and humility to pose that question. It’s exactly the kind of learning posture needed to carry this conversation forward.

Loritts said explaining culture is like telling a fish about water. You never notice it until it’s absent. One of Loritts’ examples concerned music. He shared about a black friend looking for a church in Washington, D.C.. When his friend visited a culturally white church, he wondered why there were five guitarists on stage. How many guitarists do you need? Loritts talked about Hillsong’s “Oceans” - how its slow tempo needed Lawry’s seasoning to make it palatable to a black audience. And Kirk Franklin and other gospel artists need to be toned down to be palatable to a white audience. In white culture, parents negotiate with 3-year olds but in black (and Asian!) households, young children have little autonomy - little say in how the household is run and when your stomach is full. White preaching has a conversational and subdued tone. White culture is far more egalitarian and individualistic. Black culture is more hierarchical and communal. Chinese culture is even more so. One major difference between Chinese and African American culture is that I have never been forced to identify myself in reaction to white American culture because the Chinese immigrant experience has different dimensions from that of blacks in the US. My parents, as recent immigrants in the 1970s, did not face anything remotely resembling the discrimination blacks experienced over the past 150 years or what previous generations of Asian immigrants faced in the past century.

The second session was based off of Loritts’ book Right Color Wrong Culture. He used characters from the 1990s sitcom, Fresh Prince of Bel Air, to illustrate three types of leaders. C1 leaders represented by the character, Carlton Banks, are those from one ethnicity who have assimilated to another ethnicity. Carlton is black but compleletely immersed in white culture and has few black friends. Will Smith’s character, on the other hand, is the opposite. He refuses to assimilate to white culture and is culturally inflexible. His inflexibility is exhibited by how he wears his private school jacket inside out. Loritts talked about the need to raise up leaders who were culturally flexible - who felt comfortable moving between cultures while retaining aspects of their native culture/ethnicity. These types of leaders are categorized as “C2” leaders as opposed to C1 or C3.

The session made me reflect on whether I could be considered a C2 leader in this culturally white church. I wonder if, as a second-generation Chinese American, I have “sold-out” to white evangelical culture. It’s one of many important questions Loritts helped raise and I look forward to the many discussions his workshop sparked. I pray it bears much fruit for the kingdom.
SaveSave