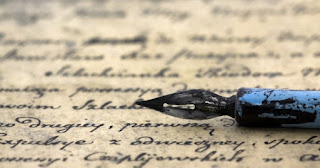 Back in 2006 when I was working at Hitachi and finishing up seminary on nights and weekends, I took a class with Steve Korch. I don’t remember what the class was but one day, Steve segued into a discussion about parenting. He described a tradition he started when his children were young. Every year on each of their birthdays, he would give them a letter he had written them ten years earlier. He shared how his daughters and son would eagerly anticipate the letter they would receive each year. Each birthday, it must have been like opening up a time capsule about one’s life. I was impressed. I decided it would be a practice I wanted to adopt with my own children.

My oldest son, Caleb, turned fifteen yesterday. I wrote my first birthday letter to him ten years ago. On his latest birthday, I told him about my letter-writing tradition and how I started when he was in kindergarten. I sense he was surprised, in a thoughtful way. Obviously, he’s a completely different person from back then. What fascinates me isn’t how much he’s changed but how much he’s the same. While re-reading the letter, I noticed how much his personality today was evident during kindergarten. He loved being physically active and was popular with his classmates. He also relished building unique LEGO creations. He is all those things today - creative, emotionally intelligent, and athletic.

I see these letters as a non-emotionally charged way to express our parental commitment over the years. It’s easy to have a selective memory - especially in a rebellious phase - to forget past innocence and how your parents invested in and cared for you in early childhood. I used to blog about raising kids but stopped in the last couple years since Caleb became a teenager. He’s on social media and if I imagine being an adolescent again, I would absolutely not want my dad writing about me. I can understand why parents of teenagers are careful how openly they share about their parenting struggles. It can be quite shaming for their children. And thus for sermon illustrations, I try to use my younger children as examples - they tend not to mind as much.

But not blogging about Caleb doesn’t mean I’ve stopped thinking about him or have stopped growing as a parent. In fact, Judy and I think about him just as much - though it’s often out of frustration with his study and smartphone habits. Every phase of our kids’ development has challenged us. Adolescence is no exception. If anything, it’s harder because there seem to be fewer resources available, fewer positive role models of good parenting, and the sense that we should have this figured out by now. Thus, these letters also testify to how we’ve grown as parents - or not.

And from the beginning, I doubted my ability to persevere in writing. Most projects I start are never completed. I start strong and fizzle out about a month or so in. It’s really hard for me to stay consistent and focused on something over the long haul. But somehow, pretty much every birthday, I would remember and get it done. There were challenges. I forgot to do the 2007 letter for Caleb. That year I was transitioning from high-tech employment to vocational ministry, we had three children under six years old, and our marriage was in a bad place. Some letters are short, some are longer. I definitely remember lagging months after a child’s birthday, not wanting to write the letter.

The letters typically start by narrating events that child was involved with in the past year. I make observations about their character. There’s always some personal self-disclosure. I love talking about myself and would not miss an opportunity to share how I’ve been feeling. I used to be more guarded in what I share but over the years, I’ve become more vulnerable. After all, at this point, they’ll be reading these letters in late teens and early twenties. They will be well-acquainted with my weaknessses whether I share them or not. My biggest concern now is whether they will be able to decipher my penmanship because I so rarely hand-write anything.

I love photos because they can often express more than words. We have lots of pictures of our kids. What we have fewer of is stories. Specifically, stories that capture our hopes, dreams, desires, and fears for our children at a given snapshot in time - those kinds of stories are in shorter supply. So in closing the letter, I share what I’ve been praying for that child - the vision God might have for their lives and our hopes, dreams, and fears for them at that moment. I hope in sharing that they would be reminded of our love and concern for them over the years and remember it for the years to come.


Thank you, Steve. May your tradition carry forward to touch and inspire future generations.