How are we "not under the law"? Part II: Defining Law 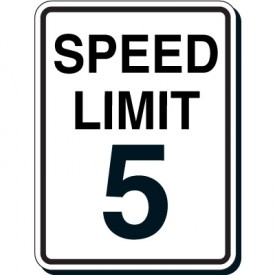 Understanding the Christian’s present relationship with the law is the subject of this series. If Christianity is centrally about grace - God’s unmerited favor and unconditional love - how then should a believer interact with rules and regulations (aka “the law”)? Since so much of our culture is driven by performance and moral judgment, this is a crucial principle to both understand and live out in a gospel-centered way. This post seeks to define “law” in its usage in the New Testament, particularly Paul’s epistles.

Based on the English Standard Version, there are 231 New Testament verses that reference the term “law” (some variant of the Greek root “nomos”). 57% (130) of those occurrences are located in Paul’s epistles and 46% (60) of Paul’s references come from his epistle to church in Rome. Paul’s usage of “law" in Romans accounts for over 25% of the total occurrences and because of the systematic and comprehensive nature of Romans, I would argue also govern usage for the remaining 70 of Paul’s references. If one adds Galatians, another law-centric epistle, with 39 occurrences, 84% of Paul’s usage is covered.

I’ll cover the usage of “law" in the Gospels by Jesus, in Acts by Luke, and then finally in Romans and Galatians.

Jesus’ most prominent usage is in the Sermon of the Mount. I view the sermon as an exposition of the kingdom ethic. Jesus redefines the Mosaic commandments  to the fullest extent of their meaning. In one instance, Jesus raises the bar on the prohibition of murder to a prohibition on anger, insults, and dictates swift resolution to disputes. He does the same with adultery/lust, divorce, oaths, etc. The purpose is to fully delineate the intended purpose of the law. The implication is no one can achieve the rigorous standard intended by the Mosaic law. At the beginning of this passage, he states the purpose

Matthew 5:17-20 Do not think that I have come to abolish the Law or the Prophets; I have not come to abolish them but to fulfill them. 18 For truly, I say to you, until heaven and earth passaway, not an iota, not a dot, will pass from the Law until all is accomplished. 19 Therefore whoever relaxes one of the least of these commandments and teaches others to do the same will be called least in the kingdom of heaven, but whoever does them and teaches them will be called great in the kingdom of heaven. 20 For I tell you, unless your righteousness exceeds what of the scribes and Pharisees, you will never enter the kingdom of heaven.

One thing implicit in the above passage is the law’s intent to bring righteousness (V.20). The purpose of the law is to set a standard of righteous thinking and behavior that is consistent with the kingdom of heaven. Here and throughout the Sermon on the Mount, Jesus emphasizes a quality of righteousness that far surpasses the standards set by the Pharisees and scribes.

This is a controversial passage. Does Jesus truly mean he does not want to abolish the law? Can you abolish something by fulfilling it? I remember an explanation of the “not . .  but” construction from my hermeneutics professor, Dr. Gary Tuck. He argued this construction in Greek is not exclusive but means both/and, with the emphasis on the latter. He used the example of Matthew 10:34 (“I have not come to bring peace but a sword”). The emphasis is on the offense of the cross while not excluding the peace Jesus brings to believers. In the same way, one might argue Jesus’ fulfillment of the law also abolishes it. This question is best addressed by seeing how the rest of the New Testament understands “law”.

The Apostle Paul’s relationship with the Mosaic law was controversial in the first century church. Paul’s testimony to the Jews at the synagogue in Antioch explains how the law fell short of its intended purpose:

Acts 13:38-39 Let it be known to you therefore, brothers, that through this many forgiveness of sins is proclaimed to you, and by him everyone who believes is freed from everything from which you could not be freed by the law of Moses

The Mosaic law was intended for freedom but it failed. Later in Acts 15 while in Antioch, Paul rebukes Jewish believers from Judea who taught the local church to follow the “custom of Moses” and be circumcised. Paul and Barnabas seek counsel from the Jerusalem elders who on James’ recommendation, do not coerce Mosaic circumcision but urge adherence to aspects of the law that are consistent today - abstaining from food sacrificed to idols. Acts 21 also gives a bunch of indicators as well.

In Romans, Paul expands his definition of the law beyond the Mosaic law but to the internal lawful requirements of the conscience, inherent in every Gentile:

This passage goes on to explain the role of the non-Jewish conscience as a “law” or standard by which they will be judged by God.

Based on the above, when the New Testament and in particular, Paul refers to the “law”, he means the system of behavioral standards - rules and regulations for Israel set forth my Moses - and accompanying blessings, curses, and ritual sacrifices intended to justify the follower of the God of Israel. The law condemns completely at any point of failure (James 2:10) and only justifies when obeyed in its entirety.

One of Paul’s most renown formulation of the opposition between grace and law:

Rom 6:14 For sin will have no dominion over you, since you are not under law but under grace.

And the rest of the book of Romans is profoundly negative on the role of the law in justifying the believer:

Rom 8:2-4 For the law of the Spirit of life has set you free in Christ Jesus from the law of sin and death.For God has done what the law, weakened by the flesh, could not do. By sending his own Son in the likeness of sinful flesh and for sin, he condemned sin in the flesh,in order that the righteous requirement of the law might be fulfilled in us, who walk not according to the flesh but according to the Spirit.

Rom 13:10 Love does no wrong to a neighbor; therefore love is the fulfilling of the law.

To follow Paul’s argument throughout Romans is to understand how fulfillment and abolition are related. Romans 7 is a thorough explanation of how the death of the believer with Christ severs him from the power of the law. That is the abolition. And the resurrection with Christ is the fulfillment of the law -  that a believer is justified by the righteous life of Jesus and not from his adherence to a behavioral standard.

Here’s the key observation and comment from this study: Broadly, the law is any set of behavioral standards with accompanying justification and condemnation. Even though it’s evident from the New Testament, that a believer in Christ’s standing before God is not dependent upon his adherence to any behavioral standard, it’s less clear precisely how he interacts with the law in his daily life and obedience. Moreover, Paul’s negative view of the law and law-flaunting behavior generated tremendous controversy during his time (Acts 15, 21:17-26; Galatians).

And that’s where the challenge remains: how then does the believer interact with behavioral standards, given that he is no longer dependent on them for his justification?

If Paul’s view incited so many questions two millennia ago, then we should not be surprised when we face similar ambiguity and confusion today. Therefore, it is a necessary and important struggle to determine what a believer’s relationship with the law is as there is no easy answer. This means it’s a natural part of the Christian life to experience tension between gospel and law and that a believer can hardly presume that in both behavior and understanding, he has this all figured out.