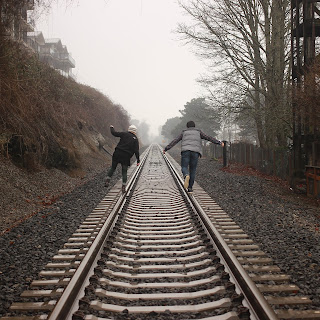 A friend at church and I were talking about dating. She met her current boyfriend on the dating app Coffee Meets Bagel. She observed there were a significant number of church members who had met each other on the app but had not previously met or gotten know one another through our church. She said:

Let’s take a food analogy. Before processed food, people had to spend time making and preparing a roast beef sandwich for lunch. They needed fresh meat, bread, and condiments. And then they had to assemble and eat it the same day. Today, people eat a tremendous amount of processed food. For example, Lunchables are easy, convenient, and last forever. You don’t have to make them, you don’t have to package them, and they taste good. By many metrics, Lunchables are nutritious. However, it’s becoming increasingly apparent that processed food isn't as good for you as whole food. And yet processed food isn’t going away. The cost is too low. And the cost isn’t just money; it includes time and effort. When people eat Lunchables, they are behaving rationally: They are saying my time and energy are more precious than the ability to eat roast beef.

The dating market has similar dynamics. Twenty years ago, a guy met a girl in person through church, friends, or work and asked her out on a date. The cost of this opportunity included time, effort, and the risk of rejection. Today, a guy can get on Tinder, swipe right furiously, and instantly arrange an encounter with a woman. Any dude with a smartphone can make meet a woman with a couple clicks and zero risk that she will walk away and humiliate him in front of his friends. And yet it’s become increasingly apparent that processed dating isn’t as good for you as whole dating. However, processed dating isn’t going away. The cost is too low.

Men aren’t stupid. They’re simply responding to the incentives of the market.