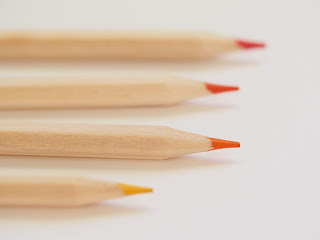 "[Boys] get the message that doing well in school is not masculine, social scientists say. Even in peer groups that prize good grades, it’s considered uncool to seem to try hard to earn them. Asian-American boys are somehow sheltered from that message in early childhood. The reasons could give parents and teachers information about how to help boys of all races reach their full potential."

At my affluent suburban school in Silicon Valley, the social culture I was immersed in emphasized being smart being smart but not nerdy. Nerdiness was defined by not playing or being bad at sports, dressing poorly, and studying a lot. So I took it upon myself to excel in classes with minimal studying. It was about being intelligent with aloofness and without any evidence of hard work. Being smart had to look natural. Working hard was not cool.

I also tried to get good grades because my parents demanded it. My dad sold me on his rags to riches narrative made possible by his academic achievement. It was only in the past decade that I discovered this script was greatly exaggerated. My dad skated by on raw intelligence and resourcefulness and once showed up to a college final not knowing the location of the classroom as he had never attended a lecture. In any case, it rarely occurred to me that being smart wasn’t cool or masculine. The route to masculinity seemed very much tied to success the classroom.

However, this is not the case in many neighborhoods and throughout much of the world. An article about the disparity between boys and girls’ performance in school in the Middle East is revealing:

“Boys don’t feel that school can necessarily help them reach manhood,” Michael Thompson, a psychologist and the co-author of Raising Cain, says. “Sometimes they experience school as an obstacle to becoming masculine; but girls rarely see school as a barrier to womanhood. . . .Teachers can be retrained and relationships can be improved, but this problem of masculine identity is harder to fix—and until it is, every other reform will have limited effects. “If boys believe that the route to masculinity, to a respected boyhood and manhood, is outside of the classroom,” Thompson says, “they are not going to do as well in school as girls.”

Making the classroom more boy-friendly starts with recruiting better male teachers along with ramping down efforts to de-gender classrooms. Most of my K-12 teachers were women and yet my favorite high school teacher was Larry Carlson (my worst teachers were also men). He taught English. He poked fun at the book of Genesis but had deep appreciation for its literary influence. Mr. Carlson modeled to me how to read and think critically. He was eminently disagreeable, a quality seen more often in men than women. Our class enjoyed a level of dialogue and debate that fed my competitive instincts and aggression.

In spite of all that, I would not have ended up in Mr. Carlson’s class without the influence of positive male role models outside of school. That’s why the second and more vital step in helping boys value school is exposure to successful, educated men. That’s why it’s not about the school but the community in which boys are part of. It’s about putting men in boys’ lives who embody effectiveness, intelligence, and success. It is about showing how men’s achievement in the classroom can translate into effectiveness outside of it.

"Boys perform better in school when achievement is considered to be desirable, and when they believe successful men get their power from education versus strength and toughness. Boys in high-income communities are more likely to get those messages, research has shown.”

I believe this was the key for me. Two of my childhood friends had fathers who were very successful. They were directors or C-level executives in tech companies. That was true of most of my peers in my accelerated, AP, and honors classes, the majority of whom were Asian American and the children of immigrants. My parents had a peer group of other Chinese immigrant parents with whom we had frequent family gatherings and outings. Again, all the dads were educated in the US and worked at tech companies. Lastly, after becoming believers when our family moved to Atlanta for my dad’s job assignment, we moved back and got involved with the Chinese church. In the bay area Chinese church, spirituality and academic achievement are intertwined. My two male youth leaders were first-wave HP and Intel employees; one ended up founding a company. My same grade youth group peers went on to attend Harvard, Stanford, MIT, and UC Berkeley.

At the end of Amanda Ripley’s article about Middle Eastern boys, she concludes that “boys are not defective; schools are.” Her solution implies the key is to change schooling. I don’t disagree but it’s much tougher than this.

I believe the biggest influence in masculine development is the quantity of interaction boys have with flourishing men. In order to navigate school and adolescence well, boys need exposure to men who successfully model self-control, focus, and commitment. This isn’t just about having a present father in the home. A devoted dad is crucial but it doesn’t end there. It’s about the cultural milieu a boy swims in. If he’s surrounded by successful men who navigated school well, then at worst, masculinity is not threatened by academic achievement. And at best, academic achievement and masculinity can be seen as aligned. I recognize it is far more difficult to place positive role models in a boy’s life than to change the quality of his school. This leads me to the overall realization that masculinity for young men is fragile. It’s been said that it takes a village to raise a child. Perhaps it’s more accurate to say it takes a village to raise a man.