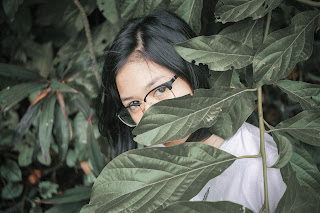 The one charm about marriage is that it makes a life of deception absolutely necessary for both parties. - Oscar Wilde

And the man and his wife were both naked and were not ashamed. - Genesis 2:25

This is the second part of addressing unsolvable marriage conflicts. The first part is here. In this post, I'll examine the importance of unearthing hidden needs when encountering marital gridlock. This approach is based on John Gottman's research and books, in particular, The Seven Principles of Making Marriage Work.
Recently, Judy and I disagreed about what rules to govern kids’ time and access electronic devices. We have had this parenting argument often, spanning close to two decades. It goes like this: I’m too permissive and she’s too strict. Judy sees me as the appeaser - unwilling to sacrifice momentary discomfort in order to build our kids’ self-control and attention span. I see her as the rigid and cold disciplinarian - unwilling to allow our kids the freedom to learn boundaries on their own. This is a gridlocked issue for us. Our arguments often devolve into character attacks and can result in undermining the other’s attempts to enforce his/her own agenda.
Gottman recommends freeing marital gridlock by gently and gradually laying bare each person's hidden needs*. He defines gridlock as perpetual conflicts around fundamental aspects of personality and lifestyle. Baring needs is the couple's process of identifying, articulating, and supporting each other's needs.
Here's an example from Gottman’s Seven Principles: Kyle wants his wife, Nicole, to be more rational whereas she views emotion as the substance of life and sees him as hard to read and distant. Digging deeper into needs, Kyle grew up in a debating household in which a family member would be disqualified for losing emotional control. Nicole grew up in a household that valued responsiveness to everything and emotional expression is her love language. Uncovering hidden yearnings sounds like this: Kyle needs calm and rational interaction as a sign of respect whereas Nicole needs emotional expression to experience intimacy. Neither of these desires may ever be fully satisfied by the other person and yet there’s freedom, intimacy, and acceptance in the mutual unveiling.
The bottom line is we suck at owning our needs. We learn these survival tactics at an early age. These survival tactics are formed through one’s specific response to one’s family of origin and are often based on denial and deception. Throughout childhood and adolescence, I garnered attention through acting as the class clown/heckler, academic achievement, and sports. When I couldn't draw sufficient attention through those activities, I would become enraged. Anger disguised feelings of loneliness, shame, guilt, and fear. To avoid the pain of these emotions, I would turn to more compulsive behavior such as rage fantasies and porn. On one hand, I would pretend I didn’t need attention but when people didn’t respond the way I desired, I would resort to blame and anger. I couldn’t be honest about my need as the fear of rejection and shame was too strong.
And thus every couple enters marriage as survival experts and master actors. We play our role pretending our spouse is meeting our needs but inside we suffer or find covert ways of filling the vacuum. For example, most husbands need occasional time away from their wives in order to feel close to them. I know a husband who makes elaborate excuses about having to leave home because he cannot bear the shame and guilt of being honest about his needs. This denial of need has manifested itself in resentment towards his wife. On the other end of the spectrum, I know a mother who is emotionally dependent on her children. When they feel OK, she feels OK. But when they fall apart, she falls apart. She has difficulty enforcing any boundaries because she’s afraid of how her kids will respond. She cannot distinguish between herself and her needs.
These examples represent two distinct and unhealthy ways to lay bare one's needs: to immerse or ignore. Being immersed in one’s needs means becoming so consumed by them that we become a fireball of co-dependence. Infants are draining because we all enter into this world as bawling chasms of need. As we age, needy people figure out how to latch onto whomever will accept us and we find sophisticated ways to cry out and demand.
Like the husband above, Judy and I represent the second approach: ignoring and suppressing our needs. Judy and I hold our noses at those who reek of desperation. It’s because of people like us that the desperate learn to keep their desperation hidden. Judy and I were initially attracted to each other because of our non-neediness. When we dated long-distance, we prided ourselves on only talking 3-4 times a week by phone and having active social lives apart from each other. We didn't want to appear desperate. As dutiful and ambitious oldest children, we both learned non-neediness early on. Unfortunately, as illustrated earlier in my own life, our projection of non-neediness eventually manifests itself in anger, resentment, disappointment, and exhaustion.

In regards to our parenting discipline gridlock, I’m angry because she sees me as a pushover who appeases our children. Anger often disguises other emotions. I’m angry because of the shame and guilt associated with being viewed as a pushover. Shame and guilt can distract us from identifying our needs. When I can hear Judy as offering me a gift of intimacy and encouragement, I can work towards identifying what’s underneath. This is what I’ve discovered: As a latch-key kid, I grew up with the freedom and autonomy to do whatever I wanted as long as I was home for dinner. Using the language of need, I would say I need freedom and I want that for our children. On the other hand, Judy's mom stayed home to raise her and her sisters and ran a tight ship. My wife needs structure and wants that for our children.

Underneath a gridlocked conflict, there is a need. This need goes beyond our requests regarding frequency of sex, time spent with in-laws, and change in spending habits. Our needs are more deeply rooted than this. We need things like autonomy, stability, justice. honor, healing, agency, forgiveness, order, accomplishment, and competition.

Laying bare one's needs means having the courage to express a need without demanding its fulfillment. It means opening ourselves up to rejection. Saying "I need" feels strange because it puts us in a position of inferiority. However, baring needs requires far more than better communication. It encompasses the entire relationship dynamic. Creating the supportive environment to reveal one’s needs requires compassion, commitment, loyalty, trust, forgiveness, and self-control. In the third and last part, I'll discuss why communication is important and how we can articulate our needs.

*Gottman doesn't use the language of needs. Rather, he talks about dreams - in particular, the hidden dreams that fuel a conflict. The problem with the term "dream" is its potentially superficial focus. I can dream about going on a cruise, becoming a multimillionaire, or opening my own restaurant. The problem with dreams is they sound fanciful. I believe Gottman recognizes the limitations of his language. This helps explain why many of his examples don't sound like dreams because they aren't; they are needs.