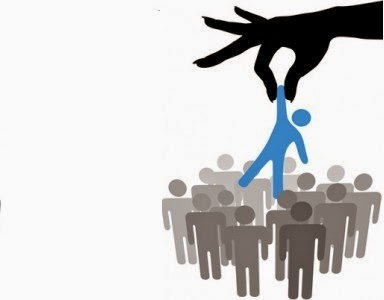 I spoke about favoritism at UC Davis' Asian American Christian Fellowship a couple weeks ago. Campus Christian organizations tend to be quite insular and Asian groups are no exception as our need for belonging is great. Nevertheless, everyone wants to be around people of a similar life stage, background, ethnicity, educational level, etc.

I spoke from James 2. The author exhorts believers not to show favoritism, particularly with regard to the rich. I encouraged students to take advantage of the summer and get to know people who are different from themselves.

We all know favoritism is unhealthy. And my talk probably made a number of students feel guilty about the preferential treatment they exhibit in their relationships.

I asked (but didn't answer) an important question that evening: If favoritism is wrong, didn't Jesus show favoritism when choosing his twelve disciples?

1) Favoritism is preferential treatment based on worldly values

James 2:3-4  If you show special attention to the man wearing fine clothes and say, "Here's a good seat for you," but say to the poor man, "You stand there" or "Sit on the floor by my feet," have you not discriminated among yourselves and become judges with evil thoughts?

In this situation, believers decide to give preferential treatment to a man based on the quality of a person's external appearance. He looks rich and a worthy target to curry favor from. This is discrimination based on a worldly value system. The nicely dressed person is treated as more valuable than someone who has little. We pay special attention to those whom we have much in common with or whom we stand to benefit the most from. It is so tempting to view others from a self-centered perspective.

This happens all the time in the church. It is rarely a secret which church members are the largest givers and this group is often given additional deference. There are other more subtle variations of favoritism. Insecure people in search for approval will demonstrate favoritism towards those who flatter them and express the greatest need. It's the classic "squeaky wheel gets the grease" mentality. Often the people who need the most help won't ask for it. And yet we tend to show to show favoritism to those who are most vocal, visible, and able to get our attention.

3) Discipleship is preferential treatment based on kingdom values

James 2:5  Listen, my dear brothers: Has not God chosen those who are poor in the eyes of the world to be rich in faith and to inherit the kingdom he promised those who love him?

Jesus gave preference to twelve disciples. He spent almost all his public ministry with these men. And even within the twelve, there were three - Peter, James, and John - whom he gave even closer attention. What was his selection criteria?

The twelve disciples were largely poor, uneducated men of low social status. There was nothing outwardly attractive about them. And yet Jesus saw in them tremendous potential as church leaders.

Where others saw poverty, Jesus saw riches. Where others saw outcasts, Jesus saw insiders. James hates favoritism because it values the superficial and outward. Jesus chose the twelve based on invisible, internal qualities. That is what James is exhorting believers to do. Don't value people the way the rest of society does. Rather, look for the opposite and look deeper.

This has important implications for Asian American Christians. We have ethnic-specific churches because we feel disenfranchised from mainstream Western society. These ministries are important because we are exiles in search of home. And yet it is a deep strain of hypocrisy if we, the disenfranchised, exclude others based on outward qualities.

Lastly, we shouldn't be afraid to show preferential treatment towards people who have kingdom value and potential. That's not easy to assess but it is our calling and the Spirit of God equips us.  If someone is particularly teachable or uniquely overlooked, that's where our attention must go. That's the kind of preferential treatment Jesus had with his disciples. It is not favoritism at all.