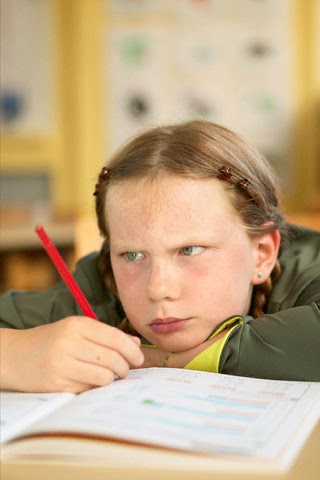 Time management help: For as long as I can remember, I've struggled with procrastination, lack of focus, and the inability to complete tasks. As the latch-key kid of Chinese immigrant parents, I knew the drill - come home from school, have a snack, and then do homework and practice violin until dinner.

Instead I would lounge around, snacking and imitating the moves I saw on MTV (my generation learned dance from music videos not Youtube). I would try to start an assignment only to be distracted by something going on outside. My friends would come over. If we had social media, it would have been game over.

No matter how well I planned, the boost in productivity might last a day or two (or an hour or two) and then I would lapse back into frittering away my time.

It's easy to observe that I lacked discipline, perseverance, and self-control. These qualities compose the foundation of effective time management. It takes discipline to hold to a schedule.  Perseverance helps one stay focused on tedious assignments. And self-control gives one power to refuse the temptation of distractions and impulses.

Amy Chua and impulse control: Amy Chua understands this. In her book Triple Package, impulse control is one side of the cultural success triangle. She writes:

And Chinese parents enforce these values with their kids in several tangible ways:

And look down on American parents who don't:

In a nationwide Pew survey, over 62 percent of Asian Americans agreed that “most American parents do not put enough pressure on their children to do well in school.” In fact, Chinese (and other Asian) immigrant parents sometimes perceive American parents as lacking in the very work-ethic and diligence they are trying to instill in their children.

This is not news to anyone who grew up with Chinese immigrant parents. Chua devotes an entire chapter to the psychological problems that impulse control can wreak on a person's self-esteem. She cites dress designer Vera Wang's sentiment that growing up in a Chinese family felt like a prison - where you never meet your parents' approval.

After all, Chinese culture basically negates the role of a person's emotional life. Emotions, especially negative ones, are distractions from the ultimate goal of hard work and success. They should be suppressed as much as possible for the sake of group harmony and focus. I've worked with so many Chinese American youth who, as they mature into adulthood, feel emotionally stunted by their upbringing. They are extremely competent in almost all areas of life but lack vulnerability and emotional vibrancy and expressiveness.

Time management is emotional control: The better you can manage your emotions, the easier it will be to exercise discipline, perseverance, and self-control. Perhaps it's even more accurate to describe self-control as equal to emotional control. Basically, you work hard and focus when you feel good. For example, while doing a tedious homework assignment, you can medicate boredom one of two ways - 1) give in and find something more interesting to do (Facebook, video games) or 2) suppress the pain of boredom, buckle down, and get through it. The first approach does not foster discipline, perseverance or self-control. But the second approach is soul-numbing and can threaten autonomy, self-reflection, and creativity.

Christianity has a third way - your emotional life is vital but it does not control you. Christ set us free from the tyranny of the negative mood cycle. . We are no longer prisoners to depression, guilt, shame, insecurity, and worthlessness. Boredom is painful but it does not have the power to dissuade from what is most important. Emotions are a window to the soul and negative emotions indicate areas where we need to experience Christ's victory over sin and death.

What does this mean practically?

1) Receive God's abundance of grace in regards to emotional management: Your worth is far more than how we use our time and our emotional highs and lows. Find people who would give you encouragement in how express your emotional life - people who will listen to you and empathize with how you feel.

I have to continually remind myself when I feel like I completely wasted my day surfing on-line, that my worth is not in what I do. It is in these moments where the high expectations of Chinese culture are not my friend. But high expectations are not the enemy - it's the shame, guilt, and insecurity that results when we fall short.

2) Respect how God uniquely constructed your emotional temperament: Cultivate awareness concerning your impulses and evaluate them. God gives us impulses for a reason. As an extrovert, I have an almost constant impulse to be around other people. I need to respect that by putting appointments in my everyday schedule. I like variety and I need to change up my routine and/or reward myself when I complete a task.

If I could do it over again and advise my parents on how to raise me, I would have told them to customize tasks according to my emotional temperament.  I would have them build time into each day to do something different, spontaneous, and unexpected. I would affirm the value of those moments of "distraction". I would give a child like me space to indulge my curiosity without feeling guilty or ashamed about wasting time. I would offer encouragement that although not all my impulses were good, the power of my impulses were a blessing. God made me a passionate and curious person and these qualities have both fleshly and spiritual aspects. At the same time, I would put boundaries in place to help me develop self-control, discipline, and perseverance. I would give myself encouragement and tactics to help me stay focused and work through obstacles.

This has great importance when I consider two of my sons, with whom I share a similar emotional temperament. I want them to know that their emotional life is a tremendous gift from God, that they have freedom in the Spirit to express their emotions, and that there is abundant grace and forgiveness when they do not. And I begin by receiving grace for myself first.