How my parents screwed me up 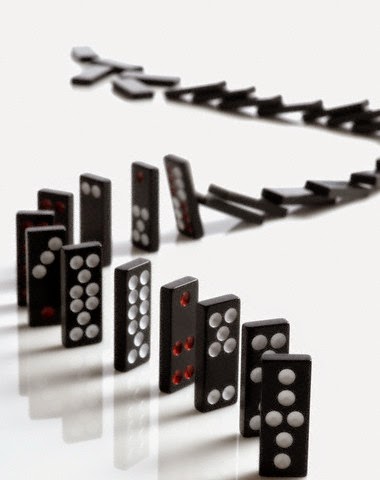 Recently I talked with my parents about my character issues.

In the past year I decided my main flaws are pride and anger. I have a massive ego that follows me everywhere I go. And since I'm motivated by aggression and dominance, I also have a rage complex that seethes beneath the surface and sometimes explodes.

So I told them my hypothesis: You guys helped screw me up by neglecting to discipline me for my negative attitude. You punished me for outward behavior but never called me out for being disrespectful to you and to others. Focusing on the outward kept me from experiencing the full consequences of how my temper and critical spirit would, in the future, alienate me from others and make me miserable.


My parents agreed. My dad said that wasn't all they did to screw me up.

My dad explained that they had no idea how to raise me so they focused on outward behavior without understanding the heart. He said their biggest mistake was not letting me have a chance to express my emotions. He said he was very controlling and a terrible listener, never giving me a chance to explain myself. I now recall moments as a teenager that I tried to get him to understand my perspective and he literally would stop talking and walk away. I remember feeling incredibly frustrated every time I wanted to share something meaningful.

On the other hand, my mom said we would argue all the time; taking turns needling, cajoling, threatening, and intimidating each other until one of us got our way. I usually won unless she was in irrational-crazy-b**ch mode (I did, after all, get my temper from her). She said my dad and I were deeply concerned with how I treated my younger brother, who was the unfortunate victim of my arrogant rage outbursts, but they were completely clueless about how to address it. I remember when I was around 10 years old they set a New Year's resolution for me - "don't make your brother cry", which is a pathetic metric.

Lastly my dad commented that their poor parenting did not cause my judgmentalism since my personality is predisposed towards being critical but it did made the tendency worse. I agree. It seems I can't blame everything on my parents.

My parents did not become Christians until I was around fourteen. And their transformation in character, like many of ours, was not immediate. I assured them that in spite of their ignorance, they were pretty good parents. I never doubted that I was loved; I was just confused about what love looked like.

1) Anger is a violent response to pain. My failure to emotionally connect with my parents coupled with my aggressive nature made me an angry and vengeful person. I want to attack other people and myself. My ego, equipped with the energy from of hurt, forces myself on others in order to get approval and affection.

2) Pride + Anger = Judgmentalism. I have the perfect disposition for a Pharisee. I get a chemical boost from looking down on and judging others. I'm also the older brother in Luke 15. He experienced tremendous pain from failing to obtain the approval he so desperately wanted from his father. He thought he could earn it with outward, righteous behavior. Thus, I want to control people the way my parents attempted to control me. When pride and anger are given free rein during childhood, it is damaging to the child and others.

3) Everyone is screwed up. I am not alone in pride and anger. We are all spectacularly messed up in unique yet similar ways. So parents, don't worry - you cannot screw up your children. It already happened when they were born because we are products of the fall. The shipwreck is real. Our job is only to point to the guiding star.

4) Jesus saves. And not just in an after-life sense. After we talked, my mom marveled at the difference God has made in their lives. The fact that my parents and I could have this conversation in a calm, reflective, even affectionate tone, speaks volumes about how far they have come in Christ. My parents began following Jesus when I was a teenager. It was too late for my childhood but I am tremendously grateful for what God has done in and through them until today.