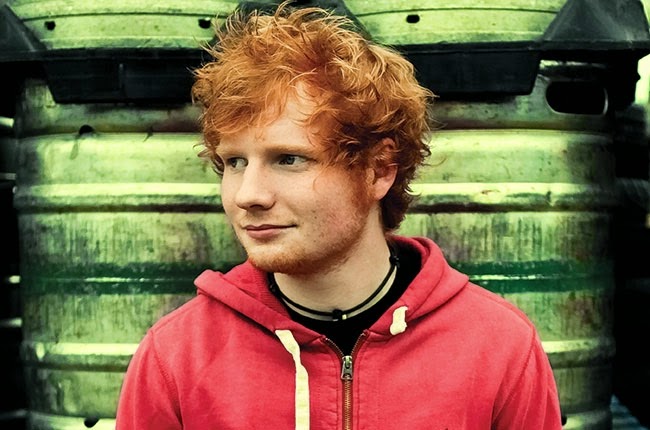 I love his music and when I first watched one of his videos, I was surprised. Ed Sheeran looks remarkably similar to my neighbor across the street. I would mention it to him but I'm confident people pester about it all the time. They're both in their early twenties, about 5'8", stocky, with bushy hair and completely unremarkable features. The main difference between them is Ed Sheeran is a global pop sensation with millions of adoring female fans and I'm pretty sure my neighbor is not.

So what does Ed Sheeran and my neighbor reveal about the nature of sexual attraction?

Women value emotional connection over physical appearance. Both men and women are designed for relational connection but women are especially responsive to heightened emotional expression and sentimentality. The ability to display empathy and communicate passion is huge. And it's not enough for man to merely posses the ability, he must put be able to put it on display. That's why in the college Christian dating market, men who lead worship tend to garner beaucoup female attention. A guy might be able to sing and play guitar but leading worship provides a way to showcase his talents and contribute to the church.

On the other hand, men see women's appearance as an inextricable part of emotional connection. Attractive women trigger an emotional (sexual) response in men. Thus, for most men, there's a minimum threshold of physical attractiveness that unless reached, men are simply not turned on. Certainly, men can be attracted to a diversity of body types but conventions of female attractiveness are fairly uniform.

This also explains why jerks attracts women. A jerk is characterized by aggression and initiative. He may be arrogant, selfish, and cruel but he is impossible not to notice and difficult to ignore. He stirs something up in others and he is not like everyone else. He always leaves an impression, positive or negative. So like tyrants, it can be better to be feared than loved. When it comes to competing for someone's affection, being different from the crowd goes a long way.

So what does this mean for guys who want to attract women?

1) Be good at something meaningful. Extraordinarily good if possible. The key is having a passion or skill that distinguishes you from other people. Every guy has a passion. If you don't, develop one. I don't think having skill at something is that hard for most guys. And in this day and age, even video games apply. Eddie Huang doesn't write a book or get a TV show if his soup dumplings suck.

2) Find a community where that gift or talent can be applied and appreciated. This means more than joining a group of artists who can share in your art but finding ways to exhibit and contribute your gifts to other people. For example, your gift is administration, then organizing non-profit events puts your gifts on displays and benefits others.

3) Learn how to emotionally connect with people. if your talent is video games, it's important to find a way to articulate your passion in a way that is insightful, mysterious, and interesting. It also means being a good communicator - the ability to convey your convictions in a compelling way and being an attentive and responsive listener. Lastly, it means having a good sense of humor and being witty. It this sounds difficult, it is. It takes practice and work. Some guys are more gifted than others but anyone can improve with deliberate, focused effort and feedback. The awesome thing about what Ed Sheeran does is the nature of his work emotionally connects with other people.

The same is true for Jesus. He did not pander to others or cater to people's whims. He was not focused on attracting women but focused on his passions - drawing people to God.  What is admirable is also attractive.