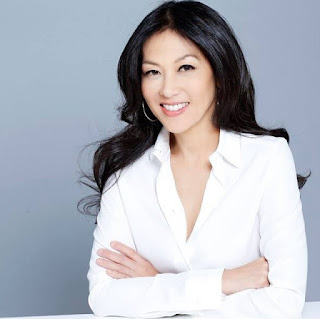 What non-biographical, nonfiction books authored by women have you read?

“I want to read some books written by women” said my pastor buddy, who was talking about goals for his sabbatical. He talked about how his literary worldview had been almost exclusively shaped by men and it was a huge deficit he wanted to address.

To that end, I’ve noticed when I ask female readers what they read, almost invariably they tell me fiction. When I ask male readers what they read, it’s usually more of a mix - both fiction and non-fiction. And I’ve noticed when it comes to fiction, women will read both male and female authors. But men, whether they read fiction or non-fiction, will read exclusively male authors. Men will always recommend male authors and I can’t remember the last time anyone, male or female, recommended a non-fiction book written by a woman.

I think most men, me included, tend to believe non-fiction books written by women are intended for a female audience. There are certainly books that reinforce the stereotype such as Rebecca Solnit’s Men Explain Things to Me, Gloria Steinem’s Outrageous Acts and Everyday Rebellions, the seemingly ubiquitious Wild by Cheryl Strayed, and Eat Pray, Love by Elizabeth Gilbert. I’ve read none of those books for precisely that reason. (I wonder if people feel the same way about ethnic authors like if I wrote a book, people would assume it’s intended for Asian Americans. I can’t blame others for thinking that way).

In an effort to encourage reading female-authored nonfiction, below are five my favorite nonfiction books written by women. These books impacted on my thinking and explore topics I’m fascinated by such as sociology. culture, class, gender, sex, and marriage. Note: I disqualified books that are biographical in nature or intended for a female audience (like Lean In by Sheryl Sandberg, which was excellent but not written for men).

Daring Greatly: I heard about Brene Brown’s book because of her viral TED talk. I credit Brown for helping popularize vulnerability and empathy. I found her a book a little disappointing, given the amount of hype preceding it. And yet her work has been immensely helpful in the way she breaks down the toxicity of shame and how authentic she is in self-disclosure. Brown makes vulnerability winsome, without indulging the victim complex. I particularly appreciate when she addresses men - how our greatest shame is the fear of being perceived as weak.

The Sexual Paradox: I found Susan Pinker’s book browsing at the library. I had heard of her more famous brother, Steven Pinker, whose ideas I’m somewhat familiar with. I’m fascinated by gender differences and it was a great read. She takes an evidence-based approach that leads her to a traditional view of gender differences. In other hands, one might easily conclude gender differences don’t exist. Pinker cites a study showing women in richer industrialized countries tend to opt out of science careers at a much higher rate than poorer countries, mainly because in poorer countries, women don’t have a choice.  She says: “the more choice people have, the more we see sex differences in the workforce . . women who excel at math and science but prefer work that is more service-oriented, broader in scope, and less obsessive than academic science”. Pinker concludes there is no reason women can’t do what men do but they don’t want to. Another chapter discusses women’s empathy advantage - how women are far more likely to refuse promotions out of family considerations, far more likely to stay home and care for an ill family member, and how the ability to understand social situations is largely inherited. Men tend to only be able to focus on their own viewpoint.  Women are acutely aware of others’ and of course then it affects their career choices. The most fascinating chapter is about men on the autistic spectrum. These men tend to be very successful career-wise and in STEM fields because of their ability to focus obsessively on one thing for long periods of time. Essentially, she’s saying male autism results in a hyper-maleness - an exaggeration of male qualities that confers great benefits, while handicapped with zero empathy. Pinker concludes by proposing greater diversity in work environments and an end to the winner-take-all, workaholic career/achievement ladder.

The Triple Package: I love Amy Chua’s work. She has tremendous courage. I love that she writes things that get people riled up. Chua, of Battle Hymn of the Tiger Mother fame, co-wrote this book about cultural advantages with her husband. I enjoyed Battle Hymn immensely (disqualified from this list because its biographical nature). Chua and Rubenfeld contend three distinct cultural characteristics have helped certain immigrant groups - including the Chinese and Jews - outperform others in terms of achievement: superiority complex, insecurity, and impulse control. Their section on the particularly outsized success of Holocaust Jews is fascinating. Chua and Rubenfeld posit a controversial idea that has been widely criticized and yet I agree with J.D. Vance’s review (Chua was his mentor at Yale and encouraged him to write Hillbilly Elegy): "I’m not sure that Chua and Rubenfeld have all the right answers. But I do know that by focusing on people—and the cultures that support and affect them—they’re asking the right questions. That’s more than I can say for most of the social policy experts occupying the airwaves today."

Mating in Captivity: I heard about Esther Perel’s book from the Dear Sugars podcast. She was guest of the show and her insights were dazzling. I watched her TED talk and then read the book. Perel is not an American (she’s a therapist in NYC) and with that prophetic distance, she takes our culture's belief in salvific romance to task - how we expect our spouse to be everything: best friend, intellectual equal, economic partner, fulfiller of sexual fantasies, emotional refuge, etc. She talks about the tension between romance and intimacy. Romance often involves mystery, distance, and what’s forbidden. Those dynamics oppose intimacy, familiarity, and safety. We think we can find both in a long-term relationships but we need to re-define our expectations. There’s one chapter about how words are often over-rated in romance. Our hyper-verbal culture rates volume of words as a proxy of relational fitness. Perel challenges that notion. She gives an example of a couple where the husband speaks only English and the wife only Japanese, and yet they get along swimmingly. I thought of a friend who simply enjoys being with his wife even if they don’t talk at all and this chapter grew my appreciation of his interpersonal style. Overall, this book was helpful in re-evaluating my expectations of marriage and to find ways to create distance and aid romance in marriage. In addition, Perel’s latest release, State of Affairs, is amazing.

Marriage and Caste in America: In the Trump era, much has been made of the bifurcated US economy - the majority white working class that voted Trump into power versus the urban, educated liberal elite. This has been well-chronicled in both memoir and sociological study. The most recent iteration comes from hedge fund titan, Ray Dalio. Charles Murray’s book describes this in detail with his account of two cities - Fishtown (white working class) vs. Belmont (affluent and educated). The two cities are fictitious but the statistics are not. The 2010 marriage rate of adults aged 30-49 in Belmont was 83% versus an abysmal 48% in Fishtown. Due to divorce and the failure to marry, the white working class represented by Fishtown has just over half the marriage rate of Belmont. That’s exactly the point of Kay Hymowitz’s prescient book, which came out in 2006. Her thesis: The educated marry at a high rate while the uneducated do not and this marriage gap has enormous socioeconomic consequences. One is the well-documented reality that children born to unmarried parents - particularly those whose father does not live in the home - have far worse outcomes on every measure than those with married parents where the father is present.  This is a controversial fact because it suggests our government work hard to encourage marriage, which feels like a moral, even religious, ideal. I suspect Hymowitz's conclusions were also unpopular because she writes for a conservative think tank. And yet her interpretations are supported by the data and I admire Hymowitz’s courage in putting her ideas out there.