Do Asian American Women Have More Courage than Men? 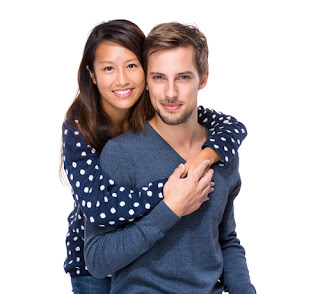 Update: What I learned after writing this.

What does the outsized willingness of Asian American women to date interracially reveal about courage vis-a-vis their male counterparts?

It’s well-documented that Asian American women date and marry outside their race far more often than their male counterparts. Most estimate around a 2:1 ratio but I’ve read up to 4:1.

"So it was settled. The big question of why he was dating her was out of the way. Her Chineseness was not a factor. They were merely one out of a billion or so Asian girl–white guy couples walking around on this earth.”

ONE BILLION Asian girl - white guy couples. That’s certainly what it feels like in the San Francisco bay area and other urban centers like New York City, where her story is set. It’s a trend I observed in my high school over two decades ago and though the ratio has become more balanced in recent years, it’s a source of insecurity for many Asian American men.

I’m not fully buying this explanation. I don’t deny the stereotype effect is real but it’s not powerful enough to fully account for the interracial marriage gap. No one forces educated Asian American women to marry white guys. There’s agency here.

Enter Weike Wang who is unabashedly nerdy, a chemist by training. Her unnamed woman has this volatile mix of paranoia/conformist impulse/individualism/critical thinking, which all coalesces into a neuroticism that results in conflicting messages for her boyfriend. The woman's neuroses make complete sense to the reader because she lays bare all the exquisite features and details of her internal conflict. Here’s another example:

"He met most of her friends, who afterward found a way to tell her how lucky she was to have met someone like him: single, American—an artist, no less—and her age. By “American,” some of her Asian friends also meant “white,” the implication being that she was somehow climbing the social ladder. She hadn’t thought any of these things before, but now she did. Or maybe she had thought all of these things before and was just now admitting to them.”

Many Asian Americans experience this inward collision between culture, discrimination, power dynamics, and privilege but we struggle to describe this messy bundle in words. The brilliance of Wang’s short story is how well she can articulate the conflict. Her analysis is totally nerdy in a winsome and insightful way. The woman's internal conflict is a giant rubber band ball of relational tension and Wang deftly peels off each loop one by one.

That’s something many Asian men in the US are not equipped to do. Asian American men suck at verbally expressing negative emotions, especially insecurity and anger.

I talk with Asian American women and they’re often frustrated by this deficiency in their male counterparts. After all, the ability to verbalize fear and insecurity is highly valued in Western culture. We place a premium on words and emotion. Asian American women work out their anger and insecurities in words. They have examples of other women of courage like Wang, other pioneers like Amy Tan (Joy Luck Club), and non-Asian women like Brene Brown. If a person has trouble putting words to their emotion, we tend to perceive them as emotionless or dishonest or both.

Some readers will protest - NAAAMALT, that is, Not all Asian American men are like that. Yes. Fine. Even if I’m narrowly addressing second-generation Chinese, Korean, and Japanese men who work in STEM fields, there are still thousands of men in that group to constitute a critical mass and make some observations about.

Asians don’t deal well with anger, especially Asian men. Asian American women don’t want to marry anyone remotely resembling their immigrant father. So often men are wrestling with this internal conflict and there’s a fundamental dishonesty about how we communicate. It’s a victimhood mentality although it’s never described as such. There’s anger, bitterness, and resentment manifesting themselves in violence and aggression. These outbursts rarely involve words and the heightened self-awareness that Wang demonstrates.

I talked with a Chinese American software engineer in his thirties. His immigrant parents never asked him to make eye contact when they were speaking to him and he quickly became  to tuning them out during their lectures. To this day, he finds making eye contact during conversation excruciating for him. He now realizes how his downward gaze inadvertently conveys a lack of interest, passion, and enthusiasm.

Another man described a conversation with a woman he had a romantic interest in. He used what he thought were objective terms to describe the “facts” of their interaction but his perspective was so blatantly skewed by his anger. He couldn’t step outside of himself, like Wang’s character in Omakase, and evaluate his perspective. If he couldn’t identify his resentment, he couldn’t own it. And if he couldn’t own it, there was no chance he could describe it.

It’s not news that Asian American men, on average, likely have lower emotional intelligence (EQ) than their non-Asian counterparts. What I think is constructive is to recognize Asian men in the West have unique obstacles outside of stereotyping and Western culture that prevent us from learning EQ well. So when an Asian American man is able to verbalize his emotions in a non-destructive way, it’s worth noting this is a more significant breakthrough than we otherwise might have believed. And even small steps towards this are meant to be celebrated.