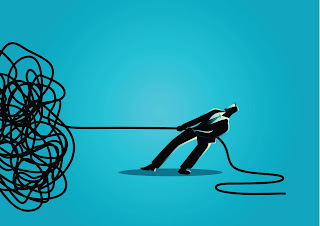 I disagreed with my previous post even as I was writing it. It was something of a thought experiment. I was reading Weike Wang’s short story and thinking “Wow, her writing is amazing and she’s Chinese American. How come most Chinese American guys I know don’t communicate like this? Oh and it’s about dating a white guy and it’s about power dynamics. And oh, she’s married to a white guy in real life. Let’s write a provocative post about the intersection of all these ideas”.

I’m now aware of the numerous problems with my opinion piece starting with the misleading, clickbait title. I don’t actually think Asian American (AA) women have more “courage”, nor is the post really about courage. I couldn’t come up with a word that captures the specific aspect of EQ that involves verbal emotional expression, but Brene Brown’s concept of vulnerability came to mind and that’s how courage came about. I made unsubstantiated negative generalizations about AA women, AA men, and white men. I projected my experience on AA men. I was not fully aware of how I was coming from a specific white cultural lens in critiquing AA me. I knew I was evaluating EQ from an exclusively Western perspective, but wasn’t sensitive to how this could be interpreted as demeaning and emasculating to AA men. EQ is culturally defined and behaviors such as eye contact in conversation are not equally valued between cultures. I was aware of history (Chinese Exclusion Act, etc.) but felt my experience reigned supreme. I wasn’t intending to communicate “manning up” was the exclusive means for AA men to overcome structural racism but that improving one’s EQ is vital to healthy relationships, especially in the face of marginalization.

So why did I write it the way I did?

It was clumsy and brutal way of asking a question and want to have the honesty to face difficult answers. Essentially, I wanted to ask: “What if certain stereotypes are rooted in something real?” Even if somebody says something racist, it’s possible there’s some validity to what they’re saying that we could learn from. My decades-long experience with AA men in the bay area Chinese church network has given me a data set from which to draw conclusions. Do some of my observations conform to stereotypes? Absolutely. Does it mean I treat people like stereotypes? I try not to. Generalizations are helpful only when you have limited information about a person. They need to be constantly re-evaluated as one gets to know another in relationship.

In the end, it’s about having the ruthless honesty to ask questions where we might not like the answers and not reflexively dismiss them because they don't align with our ideological commitments. If an atheist tells me “Christians are deluded and judgmental”, I don’t argue that not all Christians are like that or he’s wrong because God does exist. Rather, there’s something real and true about the person’s experience that would be helpful for me to learn from.

Is it possible my conclusions are wrong? That what I think is real and true is actually internalized racism? That I’ve been conditioned to think about myself and AA men in a certain way and that I’m dealing with structures of racism I’m ignorant of?

But the key is my generalizations are based off observations of something I experienced as real and true. And that’s why racism, misogyny and all kinds of bigoted behaviors are difficult to change because our brains are wired to detect patterns and once we latch onto one, confirmation bias comes into play and those neural patterns are reinforced.

So I have racist, misogynist, and self-loathing thoughts and they’re not easy to change. That’s what the Bible calls “sin”. I’m helpless to this addictive pattern of thinking. Simply repeating the mantra of “tolerance” or watching Franchesca Ramsey videos will not address the root issue. It does not alter the validity of my experience. Unless I can begin to re-frame my perspective from a different and more accurate lens, I’m stuck in Groundshog Day or End of Tomorrow or whatever looping time travel movie you relate to.

And that’s why I’m grateful for my friends. A number of them disagreed with my post and cared enough to gently explain why. I had a number of conversations off-line. One acquaintance I barely know reached out and we had an hour long video chat and we’re now on our way to becoming friends. It’s a testament to the body of Christ that I can write something stupid and racist and make a friend with someone who vehemently objects to what I wrote.

That’s why I believe friendship and discipleship are intertwined. Friends will let you say dumb things and then care enough to correct you (or attempt to) and love and accept you regardless. They will continue to share their heart with you and help you along in the journey of change and growth.

In the end, I do believe improving Western EQ skills like eye contact is helpful in spite of the unique obstacles many AA men face. At the end of the day, we as AA men need to own our stuff. Our baggage - the stereotypes, structural racism, and orientalism - didn’t come from us but it is now ours to contend with. I recognize we live in a fallen culture but learning how to have healthy relationships in a fallen culture is important. One can indulge in self-pity and blaming but at the end of the day, I have to carry my own baggage. The obstacles are important to highlight because it’s the reality of the load and it’s important to know what I'm carrying so I can consciously divest myself of it.

As a result of the feedback, I’ll not only own my own baggage but also be more cautious about pointing out other people’s. I’m committed to checking my own privilege and racist thoughts before pointing out what I view as others’ dysfunctional behavior. I’m grateful that I have brothers and sisters who would lovingly point out the plank in my eye before I earnestly try to pluck the splinter out of theirs.