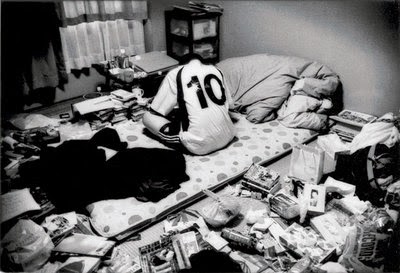 I love Milo Yiannopoulus's viral two-part series titled "Sexodus". It is one of the few nuanced, well-researched articles that attacks feminism and defends men's rights without descending into vitriol and misogyny.

My journey with the men's rights movement (aka "manosphere") started with Wesley Yang's Paper Tigers. The New York Magazine's feature article from May 2011 blew me way. He examined how internal and external cultural biases stunt the social and economic growth potential of Asian American men. It was a mainstream unveiling of a phenomenon almost every Asian American guy has personally experienced - the bamboo ceiling and discrimination.

The 9,000 word essay wasn't just a rant. Yang provides a complex, well-researched portrait of both victims of the bamboo ceiling and positive examples of Asian American men who broke through. After reading it, I felt more hope than sadness because light was piercing an area that's been dark too long. At the end of the article, Yang encourages Asian American men to defiantly forge their own way and "dare to be interesting".

That's the same feeling I have about the Sexodus articles.

Both are sympathetic to the plight of men. It's also not a rant but rather light shining on a dark place. Except in Yiannopoulus' case, he is pointing the finger firmly at feminism:


Social commentators, journalists, academics, scientists and young men themselves have all spotted the trend: among men of about 15 to 30 years old, ever-increasing numbers are checking out of society altogether, giving up on women, sex and relationships and retreating into pornography, sexual fetishes, chemical addictions, video games and, in some cases, boorish lad culture, all of which insulate them from a hostile, debilitating social environment created, some argue, by the modern feminist movement.

I remember Yang's article mentioning Neil Strauss' seminal book on the pick-up artist community, The Game. I fell in love with the story. It's arguably the most popular men's self-improvement book, only it's written as a memoir.

After finishing Strauss' book in 2011, I discovered the Manosphere and bloggers like Roosh and Heartiste. I felt like my eyes were opened. The manosphere describes the experience as "taking the red pill" (a reference from the movie "The Matrix). I began blogging in 2012 with posts like this. I imagined myself as being defiant and interesting - championing the traditional complementarian view of gender roles while fighting the matriarchy. I thought I could be a Christian and part of the manosphere.

But I was wrong.

The men's rights movement is way too angry to be rational. There's truth that men tends hurt as anger and this victimized rage is evident throughout the manosphere. I found it increasingly difficult to read the blogs because of the hatred, vindictiveness, and most of all, insipid whining. This evidenced itself in manipulative tactics such as "running dread game" - keeping a woman in a state of anxiety or fear concerning the relationship-  or "qualifying her" - challenging a woman's self-esteem as a means of seduction. Then there was the anger and bitterness at everything women do - believe what she does not what she says, women only dig jerks, it's better to ignore women, blah blah blah. Pretty soon everything bad that happens is because of women or feminism. It got tiring.

I agree feminism has issues but whining, hatred, and rage does not help address the problems. I read Helen Smith's Men on Strike and her premise that men are behaving rationally by opting out of dating and marriage is somewhat compelling but does not sufficiently justify the phenomenon. No one behaves on purely rational terms.

In the end, men desire what all humanity was created for - connection. And we seek connection through companionship. Neil Strauss points out a fascinating irony in "The Game": these desperate men, united together to become better with women, found themselves spending most of their time bonding with each other. Through all their work as pick-up artists, Strauss discovered he was ultimately cultivating male friendships.

In our church's men's group, we went through the Authentic Manhood series a couple years ago. The manual discusses how men often use props to facilitate bonding - a mountain climb, fantasy football league, construction project, road trip, or athletic event/endeavor.

I wonder if the pursuit of women is one of the most effective props for male bonding.

Ever since junior high, a mark of deepening intimacy among guys is broaching the topic of which girls you're crushing on. It feels like objectification but it's not. Being able to discuss women means having actual relationships with women to discuss. Most of all, misery loves company. And there is no misery like romantic travails.

What's unfortunate about the Sexodus is men are opting out of relationships with women - which robs both men and women of a huge opportunity for connection and companionship. And yet the great potential of the Sexodus is men bonding as friends because they're under attack. 500+ readers wrote Yiannopoulus privately to express gratitude, support, and relief knowing they are not alone. Lastly, given the cultural biases, I'm confident Asian American men are disproportionately over-represented in the Sexodus.

Today, I'm not in the "man up" camp with Mark Driscoll, who castigates men for evading leadership in the workplace, church, and home. Nor do I blame women and feminism for everything like Roosh. Rather today, my goal is to restore a high view of both biblical man and womanhood. And my specific calling is to build male friendships - both in my own personal life and in my ministry, to model and encourage men to become friends. To that point, I don't mind discussing ethical game principles as a prop for male bonding.

What if my marriage serves the purpose of growing my male friendships rather than the other way around? After all, it appears the New Testament spends far more time teaching about the fellowship of brothers than about marriage.

To this point, strengthening ties between men serves as a prop for deepening men's relationship with Jesus Christ. God provides the church, the body of Christ, as the means by which our relational needs are met. Thus, the most interesting way for an Asian American man to avoid being a paper tiger is to love Jesus and love men sacrificially. Marriage is a significant but optional prop for the other two.