What are the right reasons to get married? 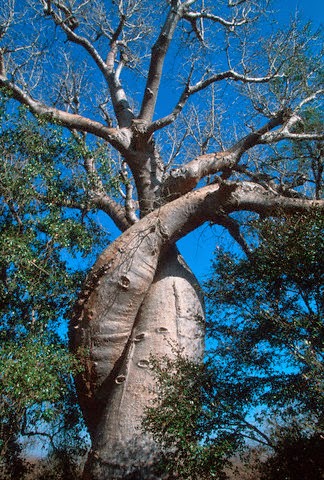 A single female friend in her early thirties asked me to blog about why people should get married. She's been dating men who seek marriage as if it's something to cross off their checklist - they want children before they get too old, they're lonely and desire companionship, etc.

If I had to guess at the thinking behind the question, she senses something off about the attitude and tone of these men's responses to her question. Or there might be something off about how she asks the question and her expectations concerning their responses. We'll address both possibilities. I'm also assuming she is the one posing this question to men. It's difficult for me to imagine guys offering canned reasons for pursuing marriage without first being put on the spot. If guys open with unsolicited sharing about loneliness and wanting children, that's really, really not good.

First let me note, there is nothing wrong wanting children or addressing loneliness as a reason for getting married. Marriage is good for companionship, sex, and procreation. The companionship and procreation aspect of marriage is discussed in Genesis 1 and 2 and Ephesians takes it further - the marriage relationship is a symbol of the covenant Jesus made with his bride, the church. Sexual desire is explained in 1 Corinthians 7. I've explained why marriage is good in the most rational terms possible but, as we'll see, a guy can't simply tell these reasons to a woman and expect her to fall in love with him.

Given the above, here are my comments:

1) There are no "right" reasons to get married: I was fully aware marriage is good when I got hitched at twenty-three. However, I pursued marriage for mainly selfish reasons I only now recognize after sixteen years of hindsight. Most people are aware church is good but attend worship services for selfish reasons. I don't know if there's a right set of words a person can say indicating they have the "right" reason for doing something. There is no formula for what a person should say about getting married. It's unique to each person's calling and journey.

2) Women, stop asking this question and observe what a man does: Men might view the question of why do you want to get married as obvious - as in "Duh, I'm lonely and want kids, why else do people get married?" It's also possible it's a good question but the tone and the timing are off. If you ask this like an interview question on a first date, it's not enjoyable for guys and puts them on the defensive. So if you want to make this easier, I would ask the question playfully, in a more interesting way, and after rapport has been established, like "When did you first realize you were called to marriage?" or "How do you imagine marriage will make you a better man?" or "What's your biggest fear about marriage?"

Finally, and this advice is true for either sex, I would not pay as much attention to the specifics of a man's response as much the consistency between his words and his actions. If a guy says he wants to have children but he has no experience working with kids and avoids any interaction with them, that's a red flag. This takes time and means you need to get to know a guy in various contexts. That's a tall order as people get older and common venues dwindle and why most marriages occur between mutual friends because there's a credibility already established.

3) Men, find interesting ways to answer these kinds of questions: Women want to know the uniqueness of a guy's story. It doesn't give women much to work with if you simply spout off rational reasons for why marriage is good. It makes you look like an emotion-less robot.

Unfortunately, most men are unprepared to give compelling answers to these kinds of questions. If I were asked this on the first or second date, I would first make a joke - "All the cool kids are getting married" or "I've got to catch up to the Duggars" and keep clowning until I felt the time was appropriate to say something more substantive. The timing would be contingent upon whether I felt the woman had marriage potential. I might offer something brief in the beginning and expand later, depending on how things progressed. It's possible these men give stock answers because they're self-protective and not yet sure where the relationship is going. Here are some more substantive responses to the question:

"I've always dreamed about being a dad.  I want to teach my kids things my dad never taught me"

"Because I'm messed up and two messes are better than one"

"I'm not sure why. Seeing my parents divorce has caused me to re-think a lot of things"

"I love teams and I've heard marriage is the best possible team you can have."

The purpose of these responses is to provoke interest and invite further discussion. And since there's no definitive way to answer the question, it's important to make it resonate with your life story.

The value of marriage: Lastly, my friend commented she is seeing less value in marriage than she did previously.  She observed, correctly, marriage would mean other meaningful relationships and pursuits would have to take a back seat. That is spot on. I don't think there's anything wrong with seeing diminishing value in marriage for one's self. It may mean she is called singleness. Tim Keller says in his marriage talk that one sign of the gift of celibacy is singleness comes naturally. That makes sense to me. If you see decreasing value in what you don't have then perhaps God is saying you're not meant to have it. Marriage is hardly the only way to glorify God and not even the highest calling.