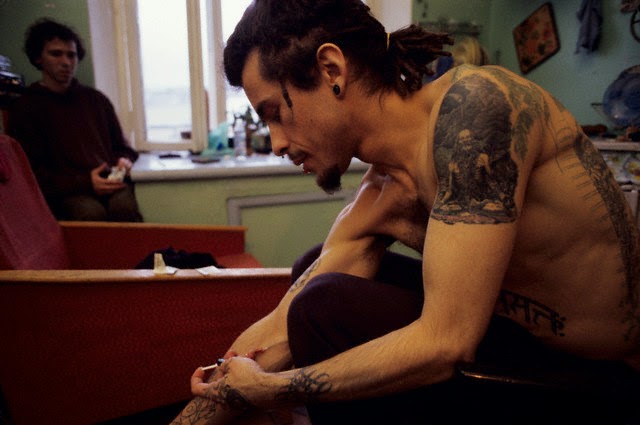 At tonight's Good Friday service at our church, the children's ministry performed a musical (Micah with a solo!) and Peter and Paul from Operation Dawn, a gospel drug rehabilitation center, shared songs and testimonies of life change. I shared a condensed version of the following words:

When Jesus died on the cross, he was surrounded by an unlikely group of companions. The people you would most expect to be there were absent.

DISCIPLES ARE ABSENT: The men whom Jesus had spent almost all his time with in the past three years were missing in action during the moment of his greatest pain. They had deserted, denied, or betrayed him before the trial. This group of men took pride in their intimate relationship with Jesus, thetime they spent with him, and the fact that Jesus privately explained every parable to them. All of them helped feed the 5,000 and 4,000, watched him walk on water, cast out demons, heal disease, and even witnessed his transfiguration. But at the very end, their pride was crushed - none more so than Peter, who swore he would never leave Jesus but ended up denying him three times.

JESUS' FRIENDS AT THE CROSS: According to the gospel of Mark, the only people present whom could be considered friends of Jesus were a couple women and a Roman centurion. Let's look at Jesus' friends more closely: 1) The women, including Mary Magdalene and Jesus' mother, were women. In the Ancient Near East, women had few privileges and rights and Jesus didn't spend much time with women. Yet these women came without pride, without claim, in order to mourn the loss of their savior. 2) Now the centurion. You may wonder how this centurion can be a friend of Jesus. Just one big, stinking clue. He says: "Truly this man was the Son of God". The centurion was a foreigner to Israel, an uncircumcised Gentile, with no righteousness to boast in. He came without any pride.

UNLIKELY FRIENDS: Tonight in our Good Friday service, we had performances from an unlikely group of companions - children and former drug addicts. During Jesus' earthly ministry, these two groups were looked down upon. The disciples tried to block Jesus from people bringing their children to him and Jesus rebuked them saying "The kingdom of God belongs to such as these". The Pharisees condemned for dining at house of "sinners" - tax collectors and such. They were the drug addicts of that day and age. But here's what children and former drug addicts have in common with Jesus' friends at the cross: they have little to take pride in before God.

BEAUTY OF THE GOSPEL: When Jesus died, the curtain of the temple was torn from top to bottom. The temple represented the presence of God and the temple curtain separated an unholy people from a holy God. And only once a year could an unblemished high priest entered into the holy of holies. He made a sacrifice in order to make the people temporarily righteous before God, only with regard to unintentional sin. It was a limited, annual pass with membership renewal based on a yearly animal sacrifice. So when the curtain was torn, it was a message that through Jesus, every person now has an All-Access Pass to the Throne Room of God - permanent, everyone is invited, it is all-inclusive, infinite righteousness. That means to having your sins forgiven, it means receiving the righteousness of the Son, it becomes to become a beloved son or daughter,  There is no animal sacrifice necessary; there is no more slavery to the Ten Commandments, and there is hope, freedom, meaning, and purpose in Christ. We have a new identity, we are empowered by the Holy Spirit, we a mission to reach the world. And the only way to receive this all access pass to the kingdom of God is lay down your pride. The only way to receive his righteousness is to give up your own. That's what the women did. That was the centurion's attitude. That's what the disciples were doing at the moment Jesus hung from the cross, their pride was being crucified.

OUR RIGHTEOUSNESS: And each of us have our own righteousness. Those of us who have grown up in the church, who are capable, smart, and respected, who haven't sinned in obvious ways, who don't do drugs, who live in nice houses, who are educated, who have high-paying jobs, who have dignity, who crave respect - we all have our own righteousness. We all have pride. Both Peter and Paul, in their testimonies, confessed their pride and how God literally stripped Paul naked and Peter was humbled by relapse in China. Even children have pride, but it's easier for them because they have less to be prideful in and they've had less of life to be prideful. The disciples had pride because of their position - they argued about who would be the greatest in the kingdom but on the cross, their pride was crucified as they were the ones who deserted Jesus.

HIS RIGHTEOUSNESS: In Jesus, the world has been offered an all access pass to God and the price of admission is pride. If you want the infinite righteousness of the Son of God, you can have it. The price is everything and nothing. It all depends on the size of your ego.

C.S. Lewis closes his essay "Three Kinds of Men" with these words:

The price of Christ is something, in a way, much easier than moral effort—it is to want Him. It is true that the wanting itself would be beyond our power but for one fact. The world is so built that, to help us desert our own satisfactions, they desert us. War and trouble and finally old age take from us one by one all those things that the natural Self hoped for at its setting out. Begging is our only wisdom, and want in the end makes it easier for us to be beggars. Even on those terms the Mercy will receive us.

After the disciples deserted Jesus, their pride was crushed as Jesus as hung on the cross. Jesus was placed in a tomb and on the third day, he rose again and he appeared before the disciples. And the disciples were raised to life out of the ashes of their pride. Even on those terms, the Mercy received them. Whatever your pride today is, big or small, medium-sized, child-sized, adult-sized, intelligence, wealth, whatever your satisfaction, God will receive you - at the cost of putting your own righteousness to death.