Why Dishonesty in the Workplace is Good 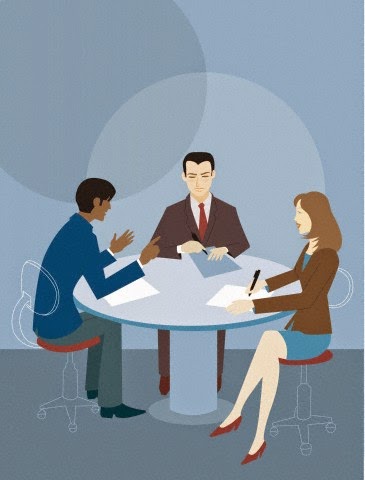 A couple friends asked me how to live out their Christian faith in the workplace. They work in high-tech and they're under lots of pressure to perform. I spent nine years at IBM/Hitachi working as a business analyst and project manager. I did well because for the most part, I acted like a jerk. Thus, I am well-qualified to know how one should NOT live out his faith in a corporate environment.

But one thing I did notice is workplace communication is often dishonest. Take for example, a basic element of social interaction, the greeting:

Depending on your role and job environment, you will ask or be asked this question anywhere from a couple times to a couple dozen times a day. When you greet someone in the hall, get a drink from the water cooler, warm up your food in the break room, or call a coworker on the phone, you open with this phrase.

You lie when you ask because you don't actually care how the person is doing. The question is simply a formality. It's the equivalent of "hello" except "hello" is more truthful but when we say "how are you?" we often pause politely for a response (many people don't even pause after asking the question, it's not even a question for them and I love it when people do it in their voice mail messages).

You lie when you respond because you know the asker doesn't actually care about how you're doing and you're not actually interested in telling them either. So rather than give an honest, involved answer, you're obligated to adhere to some kind of brief, faux cheerful response like "I'm fine" or "good" or the somewhat passive-aggressive "I'm fine, what's up?" as in "Stop wasting my time and tell me what you want from me".

It doesn't feel like a lie to ask how someone is doing because you probably do have some small interest in the other person's well-being. But that is completely overshadowed by the fact you need to get some stuff done. The project is important, deadlines are looming, and you're not being paid to socialize. Asking how you're doing is a necessary formality to getting things done. The prelude is helpful because it functions as a kind of social lubrication so you can get your job done. Thus, dishonesty is part of corporate culture (and society in general).

But dishonesty is not the main issue here. We could certainly dispense with the ritual greeting but then we're just left with blatant selfishness. That's no fun.

Rather I propose we approach this dishonesty from a completely perspective. We focus on people as a means to focus on the project. We pretend to care about our coworkers but ultimately care about work outcomes. But what if we have it backwards? What if we're supposed to be dishonest but in a completely different direction? What if focusing on the project is an excuse to focus on people?

I'm increasingly convinced God calls us, his ministers of reconciliation, to pretend to care about projects but ultimately care about people. I mean Jesus was a carpenter. I'm sure he was skilled but I'm pretty sure he wasn't super invested in his woodworking projects. I don't think he lost sleep over three-legged stools. What if God placed you in your workplace not to perform your tasks well but to use your tasks as an excuse for loving people?

Last year I explored bi-vocational church planting. I met a group of bi-vocational pastors who knew my intentions and one of them offered me a part-time IT position at his architectural firm. With the support of our church leaders, I spent four hours a week implementing a software-as-a-service budget management platform.

You can't get much done in four hours. You can get coffee, read some email, and then go to a meeting. It was clear out the gate this job was more for my benefit than the firm's. But everyone has pride and I'm no exception. I wanted to do a good job, impress my friend, and gain some experience I could leverage in the future.

My project at the architectural firm failed miserably. There were forces outside of control but I definitely could have tried harder. Instead, after I got my coffee, my coworker and I would discuss the project as a formality. Then we'd gradually move to the more interesting stuff - job stress, kids, marriage, crossfit, parents, future plans, and religion. We had a great time. Turns out we even live close to each other and even got together once for beers.

See, I wanted to approach this job differently than how I had approached industry work in the past. I burned a lot of bridges when I was Hitachi/IBM but I was fortunate to have met some accepting people and even have a couple lasting friendships to show for it. And it was only in my last two years in high-tech that I really started listening to people. The main reason was because I was less invested in the outcome of my projects. I knew I was going to change careers and I was learning to detach my significance from my job title and the volume of email I receive each day. I began to realize my coworkers were more important than the outcome of any project.

You might think - sure, Fred, you were able to do this because your livelihood, the livelihood of your family, and your worth did not depend on the job. And you would be absolutely correct. It was a baby step for me. I mean, imagine how radically we could love people if we saw our work as a gift from God and our work outcomes and job effort had no relationship with our value as a person.

So this is my point: Work on your projects, get stuff done, and at some point, ask your coworker how he or she is doing. Listen. Almost as if all the tasks and deadlines were simply a prelude to getting to the real work of caring for another person. That is dishonesty for good.