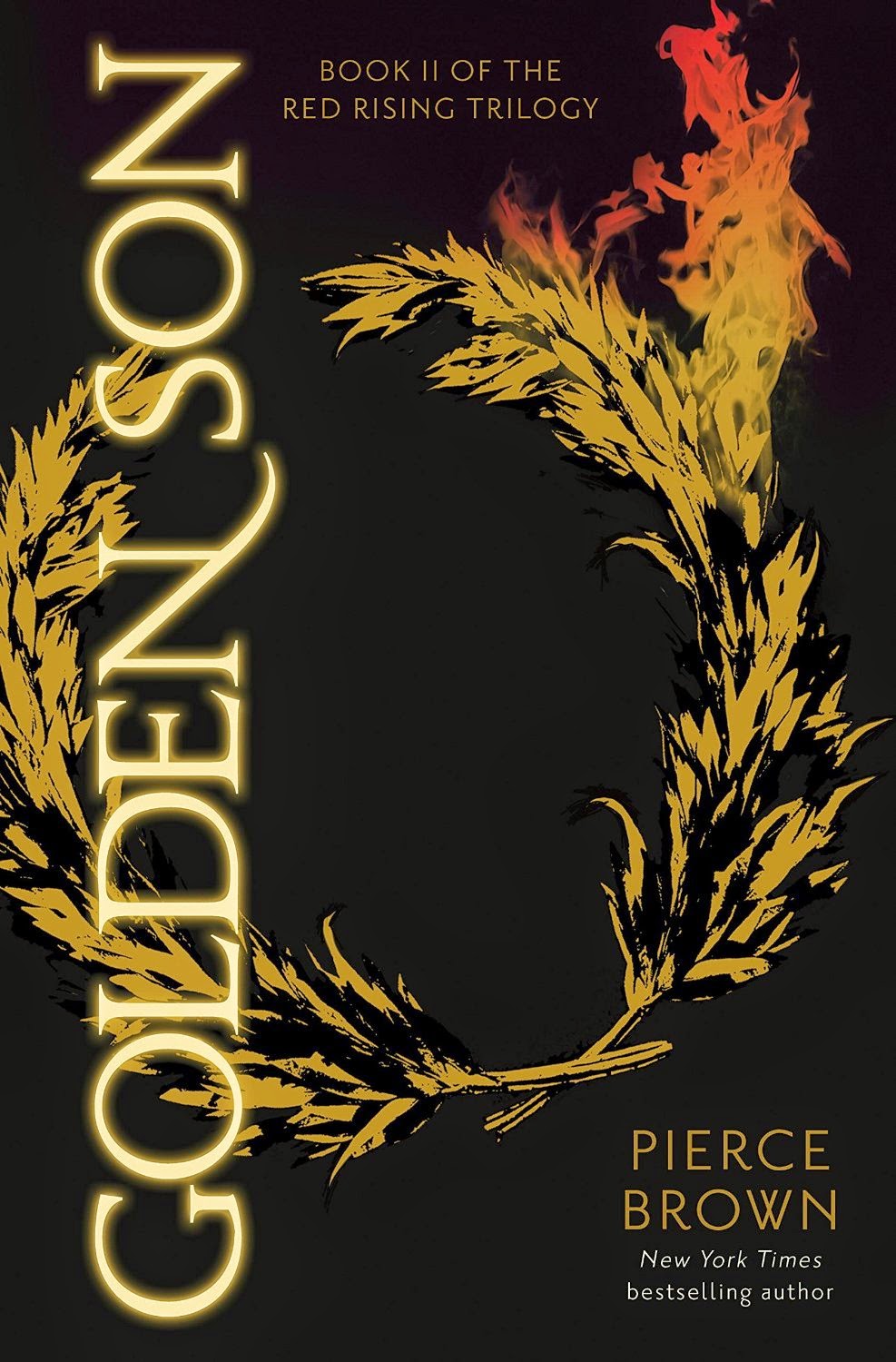 Pierce Brown's follow-up to his debut novel Red Rising is better than the first book in his trilogy. The second I finished it, I looked up from the couch and said to Judy and Caleb:

Brown is an incredible story teller. There all kinds of twists. The action and pacing are relentless. The kill count is high. There's pretty much every variety of intrigue and betrayal. Brown is a master at getting you inside the main character, Darrow, and understanding his motivations. He is a classic tragic hero.

The premise of the trilogy is a conspiracy to overthrow the universe's color caste system. Golds are the master race - bred to rule with an iron fist. They are literally, gold in complexion and have gold sigils on their hands and different physiology. Only like colors can breed with each other so they're like different species. Then you have, among others, Silvers (businessmen), Blues (ship pilots), Greens (programmers), Pinks (pleasure class), Grays (police), and Obsidians (assassins). Darrow starts the series as an angst-ridden teenager and in the second book, he's twenty years old and transitions from being a pawn to being an active player in the political/military maneuvering to rule the galaxy.

Yes, it's shamelessly derivative, evoking Hunger Games, Ender's Game, Divergent, Gattaca, etc. Yes, the dystopian coming of age novel is way overplayed. Yes, the writing is terse and clunky at times. And yes, when I started the first book, I wanted to stop fifty pages in. But the execution is so good. And it represents what the science fiction genre is all about - a compelling idea told through an epic story.

I don't know if Brown is a follower of Jesus but he certainly writes like one. The most moving account in the first book is an atonement scene involving the main character. And Golden Son is full of biblical references. Most prominent among these is the theme of trust. Darrow is repeatedly placed in situations where he must decide how he views his friends - whether a friend will come through for him, whether a person is truly his friend, whether a friend who betrayed him in the past can reform, and whether a friend who has been faithful will betray him in the future. There are so many trust questions and for the most part, Darrow is the Christ figure, always choosing to trust, even when he knows betrayal is inevitable. It's inspiring stuff.

The most challenging theme in the book concerns a person's capacity to change. Can a person brought up as a slave to blind obedience acquire the freedom to choose? Can the proud become humble? Can a friend who acts selfishly and traitorously transform and become loyal and sacrificial? It's not the central theme of the trilogy but it is perhaps the most vexing question of the second novel. Fortunately, Brown does not offer a simple answer. The implications are broad and in certain instances, tragic.

In his acknowledgments, Brown quotes from the Lord of the Rings when Frodo has all but given up on his quest and Samwise says to him, "Come, Mr. Frodo . . . I can't carry it for you, but I can carry you." He proceeds to acknowledge all the friends who made the journey of writing the book possible - they didn't write the book itself but they carried him. That's friendship in a nutshell and what Brown's story is ultimately about.