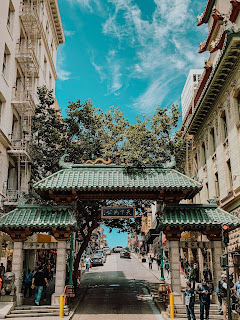 This article was originally published at SOLA Network on June 4th, 2019. In a previous post, I took issue with Brene Brown’s definition of shame and examined how we often overlook how shame occurs in the context of relationship and is the pain of disconnection. I defined shame as the exposure of a relational rift caused by one’s party misalignment with another party’s stated values. It can (and often does) result in thoughts of being worthless.

And yet the act of incurring shame can also be a redemptive gift because of what Jesus has done.

The shame of Jesus has two purposes: First, the misalignment of values rebukes the injustice embedded in the religious system at the time. The Messiah’s disgrace exposes the self-seeking nature of the Jewish ruling authority. Second, the shame of Jesus is evangelistic. It indicates to the world there is no person who falls so far in disgrace that Jesus is unwilling to fall deeper to catch.
In other words, Jesus suffered shame to heal the rift between our value system and God's. The crucified and humiliated son drew disgrace upon himself to draw disgrace away from us. Shame is the death of a relationship, and Jesus endured extreme disconnection so we wouldn’t have to be separated from God. So we, like Christ, must do the same to heal the rift between the world's values and God's values. We, like Christ, must endure disconnection so others can join God’s family. So let us explore how Jesus redeemed shame through the cross and how Asian Americans are uniquely positioned to share in his reproach.

Where Matthew is terse in his description of Jesus’ physical suffering, he goes into great detail about Jesus’ shame. In Matthew 27 alone, there are six quotes that are either an insult or a threat against Jesus. “Let him be crucified!”,"His blood be on us and on our children!”, “Hail, King of the Jews!”, “Jesus, the King of the Jews.”, “He saved others; he cannot save himself. He trusts in God; let God deliver him now, if he desires him.” “Wait, let us see whether Elijah will come to save him.”

Jesus’ disconnection is powerful because of the contrast. Here is the Son of God, who was anointed by the Spirit at his baptism, drawing crowds of thousands to his teaching, healing and casting out demons, loved by his devoted disciples, and escalating in authority vis-a-vis with the scribes and elders. And then suddenly it’s all taken away. God is demonstrating His purpose is never fully aligned with popularity. In fact, the opposite is often true. Jesus became radically unpopular to demonstrate his opposition to the world’s system of popularity. The paradox is his disconnection from others meant connection for us.

There are few more emotionally raw words than “My God, my God, why have you forsaken me? 7 It is a cry of desperation and abandonment. It is the truth of unfiltered sadness, the pouring forth of one’s innermost being in the midst of pain. This radical vulnerability is only possible in the context of radical disconnectedness, which we discussed previously. In light of this radical disconnectedness, Jesus’s words, echoing the opening words of Psalm 22, require tremendous courage to speak. It is a bid for a relationship in the face of abandonment. Psalm 22 contains “shame" prophecies that concern the specific type of degradation a future Davidic king would suffer. “But I am a worm and not a man, scorned by mankind and despised by the people (v.6)” and “All who see me mock me; they make mouths at me; they wag their heads (v.7). In his book, Matthew highlights the specifics of Jesus’s humiliation and vulnerability in order to help the audience recognize Jesus comes in fulfillment of those prophecies, as we saw on how he was insulted and shamed on the cross. Throughout Matthew and the other gospels, there are repeated predictions of the suffering and rejection Jesus would experience from the Pharisees, scribes, and elders. And not only from his rivals, but Jesus would be betrayed by his own disciple, Judas Iscariot, and abandoned by his closest companions.

Through Jesus’ radical disconnectedness and radical vulnerability, shame can be redeemed. Hebrews 12:2 exhorts the reader to look to Jesus, "who for the joy that was set before him endured the cross, despising the shame, and is seated at the right hand of the throne of God.” The Greek word for “despising” doesn’t mean hatred. It’s actually more like disdain, disregard, and to think little or nothing of. So Jesus thought nothing of the shame of the cross. He willingly embraced this humiliation on our behalf. In the spirit of Isaiah 53, he chose despicable shame so we wouldn’t have to. And yet we are not entitled to a life with no shame.

Every disciple of Jesus is commanded to take up his cross and die to self. This is not merely physical suffering. Jesus’s forecast of his crucifixion was always accompanied by predictions of rejection and suffering at the hands of the religious establishment. To take up one’s cross is to take up shame. It is to lose worth in the sight of others because of our faith. It is to bear the reproach of the cross because our shame has ultimately been covered by him.


The Radical Disconnection of Asian Americans

Fuller Seminary’s Asian American Center defines one aspect of being Asian American as having a migration experience. The experience of the immigrant family is to belong to a land, lose it in the migration journey, and then to seek and regain community in a new land.

So Asian Americans are a radically disconnected people. We grow up with a sense of solidarity with other second-generation peers but feel like outsiders with white classmates and Asians in Asia. There’s something about being Asian American where one never feels fully incorporated into the life of the United States. We feel embarrassed by our cultural heritage — we feel shame.

But that shame and its following desire to fit in can actually hinder our ability to share the Gospel. Once we function in avoidance of shame, we are focusing on ourselves and not on the other. Once we fear shame, we function based on the opinion others have of us rather than what’s in others’ best interest.

But in order to fully focus on the other, we must disregard disgrace and meet Jesus outside the camp. Our disconnection means we should try to help others who are disconnected from God, the Gospel, and the community to connect. For example, there’s always a threshold in friendships with people who don’t know Jesus where you know once you bring up religion, there’s a point of no return. Crossing the Rubicon means risking probable or inevitable shame. But we do not count disconnection with the world as loss, but rather connection to Christ as gain.


The Radical Vulnerability of Asian Americans

Western culture places a tremendous premium on honesty. It’s are all about being real. It’s all about authenticity. But a lot of being "authentic" in Western culture is being true to self and not true in suffering. The authenticity is self-centered in that it begins and ends with the person suffering with no reconciliation of relationship, whereas true vulnerability begins with the sufferer but ends outside of him or her, in creating or healing a disconnected relationship.

So radical vulnerability is precious because of radical disconnectedness. As Asian Americans, our heightened sense of belonging and value on community means shame is a costly pain. We lose friends, family, and relationships because of our actions (or lack of actions).

And yet in this precious pain, we can take the lead in embracing the reproach of the cross, to strategically endure disgrace on behalf of others. Embracing the reproach of the cross involves speaking out against injustice within our current establishment. Jesus did so with authority as a leader who had a track record of loving, healing, and providing for the least of these.

This also involves vulnerability in expressing pain, loss, and disappointment. Community is found in shared suffering.

Lastly, this means radical attempts to reach the lost that will often offend the sensibilities of our Christian peers. Sometimes, those attempts will not be well-received even by the ones we’re trying to reach. Each one of these steps is particularly difficult for Asian Americans because we value harmony and solidarity within our tribe.

But it is important to bear the dislike of others when it conflicts with kingdom values and in order to reach the unsaved. Because on the cross, Jesus was alienated from all around him, including the very people he intended to save. Let us go and do likewise and meet him outside the camp, knowing his disgrace fully covers our own.