On therapy and the end of listening 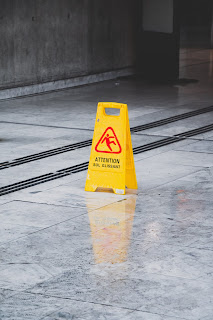 In a post that I have now removed, I made an analogy between therapy and prostitution. I  apologize for the hurt it caused. The analogy was intentionally absurd and offensive.

A friend asked me what lessons I learned from the response to the post. Here are several notable ones plus an explanation of what I was trying to do:

First, I believe therapy is extremely helpful. My life has been changed for the better through interactions with my therapist. My marriage is stronger and my relationship with my kids healthier because of work I did in therapy. Over the past fifteen years, I’ve recommended and seen dozens of people benefit from therapy. As I’ve noted elsewhere, I had no intention of disparaging therapy though I recognize that contradicts the repugnancy of the comparison.

At the same time, I also felt hurt because my post was misunderstood. This may sound naive and self-centered because I knew how offensive this analogy was but I found myself hoping that even the negative comments would first acknowledge the point of my post. It felt so good to hear positive comments explain what I was trying to do.

That leads me to an important lesson about listening: We can’t hear anything until we feel we’re understood.

As a blogger, if I were to re-write this piece without offending those who are pro-therapy, it would first require a thorough explanation of how valuable therapy is and the type of people therapy can help. Once I establish my credibility on therapy’s importance, only then could I introduce an aspect of how therapy can be abused.

As a listener/reader, this works the same way. If someone says something that offends me or attacks my values, I can first reflect back the person’s argument before objecting to their approach. If I do something offensive, I want others to acknowledge what I was trying to do before judging my action. If that’s what I want, I need to model this in how I respond to others’ offensive actions.

Third, I have very gracious friends who are not afraid to call me out - both privately and on social media. I deeply appreciate these friendships. I also believe they demonstrated how to have respectful social media discourse. It is possible to have civil dialogue on social media platforms.

It was a thought experiment.

However, what is expensive today is attention. We live in a listening deficient world where attention spans are rapidly shortening and competition for attention is fiercer than ever. Malcolm Gladwell mentioned there are 750,000 podcasts available today. What happens when listening becomes a scarce commodity? What happens when listening is sold the way the oldest profession is sold? How much would a person pay someone for his/her full attention? That was the purpose of the post. It was a thought experiment about what happens when the supply of listening, authority, and community becomes drastically constrained. That day may be approaching sooner than we think.