Why I thought Chinese people are smarter 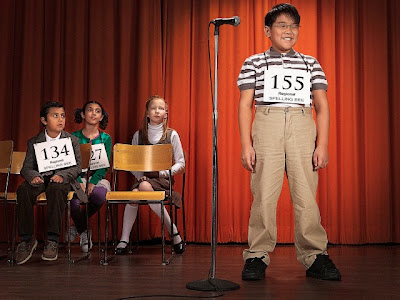 Back in 9th grade French class with Madame Pimentel, I vividly recall having a heated discussion with Shivani Sutaria, a second-generation Indian-American, about intelligence and race. As a second-generation Chinese-American, I have certain pride in my heritage. And being one to speak my mind unencumbered by tact and sensitivity, I asserted that Chinese people are smarter than any other ethnic group. Rather than instantly win the respect and admiration of my peers, my classmates (including the Chinese ones) recoiled at my claim, especially Shivani, who spoke out vehemently. I remember leaving class that day thinking how could anyone possibly disagree with my position? I was convinced beyond a shadow of a doubt that Chinese people are far superior in intellect than any other race. My argument went something like this: All the Chinese students I knew were in accelerated or advanced classes. And every Chinese person I knew was absolutely kick-ass in math and science. I thought I was pretty good in those areas too, but compared to my Chinese friends, I was retarded. And if I was retarded compared to my Chinese friends and yet generally superior in those areas than my non-Chinese friends surely that was ample evidence in support of my stance. Little did I know I had fallen into the Edison trap. Not Thomas Edison but the Edison, New Jersey phenomenon Joel Stein details in his column.

I grew up in the Almaden Valley area of San Jose during the 1980s – an affluent neighborhood in close proximity to one of the largest high-tech employers at the time, IBM. My dad and many of my friends’ parents worked at Big Blue as engineers or scientists. At that time, IBM was pioneering the revolution in hard disk drive technology. They were hiring young, highly educated professionals in droves and many of these new hires were immigrants from Hong Kong, Taiwan, South Korea and India. Other local high-tech companies like Apple, Quantum, Cisco, and HP were also experiencing phenomenal growth and hiring in a similar pattern. This was the sample population I based my conclusion on. What an incredibly skewed perspective! I didn’t know any poor or uneducated Chinese people because they had been self-selected out of my field of view. All I had ever been exposed to was the progeny of intellectual elites drawn to the Almaden area because of good schools and proximity to high-tech companies. I still live in San Jose but fortunately I’ve had the benefit of foreign travel, working for IBM, and a dash of maturity and would like to now take back my original assertion. Shivani, it only took me twenty years to admit it but here it is: I was wrong - We Chinese are not the only intellectually superior ethnic group in the world; you Indians are right there with us.