Why there are no Tiger Dads 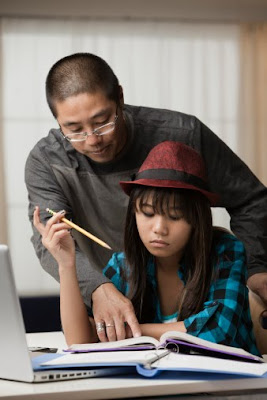 I was talking with our church elders about the challenge of getting dads in our youth group to come to our parent appreciation night. Many of them are either out of town or too busy. In a couple instances I offered to talk directly to the dad (whom I usually know casually) and the wife or child would decline my offer and tell me that he/she would talk to him personally. This is not surprising in the Chinese church but it was little bit discouraging to me. Barna research indicates the average church gender ratio is about 2:3 men to women. That's about right in the Chinese immigrant church, perhaps even fewer men than that. It also occurred to me there is no such thing as a tiger dad. Sure, he exists, but the fact that he does makes him the exception. Amy Chua's father was, by her own admission, a tiger dad. But the fact that she is an extreme parent proves the rule. Tiger dads, by and large, do not exist, especially among Asians. Asian dads tend to be disengaged emotionally, physically, and spiritually from their kids. They are far more focused on their work and other interests and far less involved in the lives of their kids. My dad was no exception. He was more involved in my life than many of my peers but his operating pattern was to eat dinner with us in silence and then withdraw to read the paper. Its a huge temptation today for me to withdraw from my family - to let the computer be my escape, to find relief when I leave the house, and to emotionally absent even when I'm around. Tiger dads don't exist in large part because of tiger moms. There is room for only one tiger in the house. Asian immigrant and Asian American moms, by and large, are far more engaged and emotionally involved than dads. In the competition for his wife's time and attention, dads lose to their children. This pushes them into further escapism through work and outside interests. It is a bad cycle.