Are Christians Supposed to Judge? 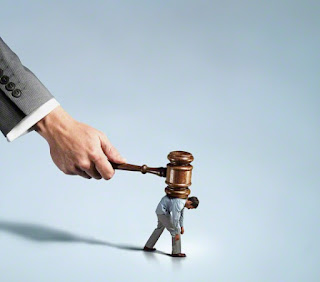 One of the most common complaints I hear from people about Christians is why are we so judgmental when the Bible teaches us not to judge?

The reality is Christians, and all people for that matter, make judgments all the time. We speculate on the validity of Obama's Christian faith. We give our opinions on whether so-and-so is saved. Asian Americans judge people who use the term "Oriental" to describe Asians. We definitely judge non-Asians who ask us: "Where are you REALLY from?" We judge people who listen to country music, don't recycle, or compulsively Instagram pictures of their food.

The idea of Christians making judgments about others highlights an area where teachings of the Bible feel contradictory. In certain passages, God tells us to judge. In other places, He tells us not to.  In almost all of these cases, the scripture passage is being quoted out of context. The Bible does not teach whether we are supposed to judge. That is a given because everyone judges. The question God answers through the Bible is HOW we are supposed to judge. There are at least four principles we apply when judging others:

1) Consistent standard: Matthew 7:1-5 (and its sibling passages in the other gospels) is the most frequently misinterpreted passage in regards to Christians making judgment. In the Sermon of the Mount, Jesus says not to judge. However, reading on indicates he meant we apply standards of judgment first to ourselves and then to others.

Matthew 7:1-5 Do not judge, or you too will be judged. For in the same way you judge others, you will be judged, and with the measure you use, it will be measured to you.  "Why do you look at the speck of sawdust in your brother's eye and pay no attention to the plank in your own eye?   How can you say to your brother, 'Let me take the speck out of your eye,' when all the time there is a plank in your own eye?  You hypocrite, first take the plank out of your own eye, and then you will see clearly to remove the speck from your brother's eye.

Notice it's not wrong to remove the speck from your brother's eye but it is wrong to exercise judgment when your judgment is impaired by a similar issue. You work on your own mess before advising someone on how to clean up theirs. It doesn't have to be the exact same behavior nor do you have to be perfect. For example, if you're morbidly obese and you rebuke someone for being chronically tardy to church events, asking him "Can't you just leave 15 minutes earlier?" is akin to him asking you "Can't you just eat less?" You might first consider the complexity of your own negative habits - it will help you to have empathy and compassion (#4 below) for other person. You could express curiosity about what hinders him from being on-time rather than offering a trite solution.

2) Justice: It feels like it should almost go without saying but our ethical labels should be just. That means we make judgments according to what is true, real, and in proportion to what's most important. This means ethics is a continual, highly subjective process. We may differ in our ethical commitments and yet not all ethical values are the same. Bad ideas have bad consequences and good ideas have good ones. For example, it's hard to argue Hitler's conception of ethics as evidenced through the Holocaust was a good idea. It's not enough to say you believe your ideas and I'll believe mine and we can live together just fine - tolerance is not the highest virtue when it comes to how communities should function (and yes, I am making a judgment here).

Here's another example: When you compare the negative societal consequences of legalizing same-sex marriage with those of abortion and no-fault divorce, I assess an asymmetry in consequences. If life begins at or around conception, then abortion is the taking of a human life. This is far more destructive than the government-recognized union of two men or two women. No-fault divorce is similar. The dissolution of a marriage covenant is far more common and hurtful to spouses and their children than the detrimental effects of same-sex marriage. These implications are not easy to discern but it is vital we evaluate them.

Acts 15:19  "It is my judgment, therefore, that we should not make it difficult for the Gentiles who are turning to God.

In Acts 15, Paul and Barnabas persuade the Jerusalem elders to stop judging Gentiles by requiring them to be circumcised and obedient to the Mosaic law. Their logic was based on accuracy - if God gave the Holy Spirit to uncircumcised Gentiles by faith then surely circumcision and Mosaic obedience were not the most important. The elders encountered a new situation and based on the reality of the Gentiles' faith, recognized an inconsistency in their ethics and made the appropriate change.

3) In proportion to one's authority: Our judgments are limited to by our authority. A nation's court system has God-given authority to exercise earthly judgment with respect to a country's affairs. That's not a role a common citizen is granted. A parent or a close observer (SuperNanny maybe) has the authority to make judgments on what is best for his/her own children because he/she has been appointed by God as a judge on behalf of the family. Similarly, our judgment is restricted to the communities we have responsibility for. For example, church leaders judge those within the church. Our judgment is also limited to outward behavior because we do not see the heart (1 Samuel 16:7). We may speculate what is inside the heart but we cannot fully know it.

Finally, authority comes from knowledge and our knowledge is limited. We don't have even close to complete information in any given situation. We are often ignorant of a person's context, background, and history. This is why the Bible constantly points to God the Father as the ultimate judge and lawgiver. It all starts and stops with him. He is the final authority, the one who is perfect in knowledge and wisdom.

James 4:11-12  Brothers, do not slander one another. Anyone who speaks against his brother or judges him speaks against the law and judges it. When you judge the law, you are not keeping it, but sitting in judgment on it.  There is only one Lawgiver and Judge, the one who is able to save and destroy. But you-- who are you to judge your neighbor?

4) Compassion: Since God is the final and ultimate judge and God made himself flesh in Jesus not to condemn but to save us, we are implored to have like compassion on others, especially our brothers and sisters in Christ.

Romans 14:4   Who are you to judge someone else's servant? To his own master he stands or falls. And he will stand, for the Lord is able to make him stand.

This chapter in Romans concerns accepting weaker brothers in Christ who have a scandalized conscience from eating food sacrificed to idols. Because we are each accepted in Christ - warts, weakness, and all - we apply the same standard of compassion to other that God applies in Christ towards us.

The biblical teaching on how Christians should judge challenges me. I am quick to take specks out of people's eyes while a log remains in my own. My critical spirit jumps to conclusions. Although this behavior is endemic in both popular culture and the church, it doesn't excuse me.

As Christians, we are called to judge by both withholding and exercising judgment in the same manner Christ did - with a consistent standard, with justice, in proportion to one's authority, and with compassion. Jesus often withheld judgment for the sake of love but when he judged, he did it well. May we go and do likewise.