The Celebration and Challenge of #Lovewins 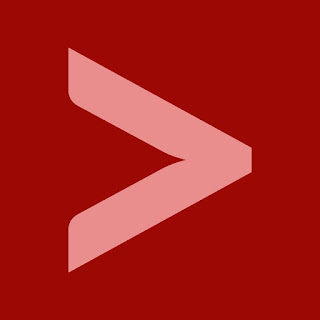 Here's the link to the best Christian response I've found to the Supreme Court's 5-4 vote to legalizing same-sex marriage in all 50 states.

The Background: I first heard about about the decision through Facebook. A number of my friends and youth in our church celebrated the ruling through social media posting, with the most popular expression being rainbow-filtered profile pics.

The conservative Christian response could not provide a starker contrast. There's a sense of loss and tragedy. There's a sense of hiding out and starting a commune. There's a sense of panic and consternation. There's a lot of fear, especially for our children. A friend of mine half-jokingly said we should move our families run off to a European country where laws follow traditional Christian sexual ethics. Like many in this camp, I too was initially saddened when I heard about the court decision.

But here's my conundrum: I have LGBT friends and some of them are mature Christians. At the same time, I also believe marriage is between a husband and a wife.

So I feel torn between both camps.

Much of the conservative Christian response  invokes war imagery ("central assault upon marriage"). The imagery is biblically accurate but not   helpful in public discourse. It is neither empathetic nor compassionate towards supporters of the SCOTUS decision. The rhetoric only broadens the yawning chasm between the two groups.

I was searching for a response that captured the Christian sexual ethic without animosity and mistrust towards the LGBT community. And I think I found it. What Rosaria Butterfield and Christopher Yuan wrote captures exactly what I've been wanted to express. Here's why.

Celebration: There is genuine cause for celebration. Homophobia is real. It is damaging and repulsive. Discrimination against sexual orientation is also real. So there is cause for rejoicing the triumph of diversity and equality. I am excited for brothers and sisters who see this as a validation of their identity. I also rejoice that for many same sex couples, this decision offers stability they could not previously enjoy. I also appreciate the background of the writers - Rosaria Butterfield was a lesbian atheist and Christopher Yuan lived a promiscuous gay lifestyle (I highly recommend reading his memoir, written with his mom).

Challenge to popular culture and LGBT community: Popular culture idolizes romantic love. Your romantic partner defines you. Who you love romantically and sexually is your identity. Without a romantic partner, you lack personhood. That's why same-sex marriage proponents view their opposition as bigoted - they deny a fundamental aspect of one's identity.

This is historically unprecedented. #Lovewins narrowly defines love to mean sex, romance, and marriage. Those are the highest virtues. Yuan and Butterfield challenge that notion by repudiating our culture's idolatry of marriage. Sex, romance, and marriage manifest love but they are not it's fullest expression. Marriage does not save you. Jesus does. Singles are not, as Justice Kennedy states, "condemned to live in loneliness". Only the gospel has redeeming hope in either singleness or marriage.

Challenge to Christians: Jesus teaches his disciples to first remove the log in one's own eye before removing the speck in another's. If popular culture is guilty of idolizing romantic love, we are guiltier of idolizing marriage. This is especially true in the ethnic church, where we worship not only marriage but also having children. Full personhood is only recognized through matrimony and parenthood (and even then, it's questionable).

I have close friends who have been stigmatized and alienated by their singleness from other believers. They're often treated like second-class citizens who are a more readily available labor source than their hitched brethren.

I'm guilty too. I think married people are superior. I behave as if the highest quality human connection can only come through marriage. I wonder what my single friends do with all their time. I act like marriage or parenthood is the end goal of every believer.

If we are going to offer the LGBT community a picture of the gospel that is positive rather than prohibitive, it starts with elevating Christ and singleness. And if doing so means we need to repent of our idolatry of marriage, let's get on with it. There's a tree blocking my view and it's time to get it out of the way.