The Dangers of Being a Skinny Fat Asian 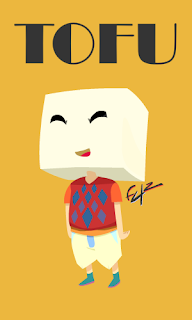 You know the type. This large slice of yellow humanity gorges itself on all kinds of cuisine and never seems to gain any weight. The demographic is characterized by slender forearms, chicken legs, and a delicate bone structure. You see them at the supermarket and Starbucks. You won't, however, find them at the gym. How to tell for sure? If it's a female, squeeze her upper arm. If it's a male, poke him in the belly. If either of these areas give like silken tofu, you know what you're dealing with -

My first exposure to skinny fat Asians came from an extreme example - a middle-aged Asian American man. On a missions trip, a man, who had absolutely no discernible body fat on any of his limbs, face, or chest, took off his shirt. He looked like a fit male for his age but right there in his midsection angrily protruded a kangaroo pouch. It looked like a four-month baby bump. The bump was normally disguised by baggy clothes and bad posture but there was no mistaking its presence and I could not unsee it.

As I enter middle age, I am mostly grateful for my body type - the slender forearms, chicken legs, and delicate bone structure. But years ago, while juggling fatherhood, seminary, a full-time tech job, and church involvement, my health took a hit. My clothed body didn't look different from years ago and I didn't gain much weight but after taking a body fat composition test, it was clear I did not have the same body I had in high school even though I looked approximately the same.

Except for health care professionals, pretty much all the employed Asian Americans I know have desk jobs. And most of the Asian kids I know, including my own children, find a sedentary lifestyle of TV, mobile devices, and gaming very attractive. Not moving starts at an early age. A recent study indicates children of Asian immigrants are nearly three as likely to have lower levels of physical activity than US-born white children.

You can get away with it in your 20s with little adverse effect but once you get into your 30s, things begin to catch up. A couple years ago, I had iliotitial band syndrome pretty bad. The outside of my knees all the way up to hips hurt like crazy when I ran, especially downhill. I had never had trouble running long distances when I was younger and I attribute years of sitting at a desk as causing my weak hip flexors.

Being skinny fat does not protect you from diabetes and metabolic disease. Body mass index (or BMI - weight in kilograms divided by height in meters squared) is the standard measurement to determine obesity. A BMI between 25-30 qualifies as overweight. A BMI of 30 or over qualifies as obese. These categories are confusing but the net is that Asian Americans are more susceptible to type 2 diabetes and heart disease at lower BMIs than white people.

This is why there are proposals to have different BMI cut-off standards for each ethnic group - not just for Asians as a whole, but for Asian sub-groups as well*.

It is well-documented Asian Americans are anywhere from 18-60% more likely to have type 2 diabetes than their white counterparts. The greatest factor appears to be a genetic predisposition towards the disease but that does not rule out other factors, such as the above mentioned sedentary lifestyle and nativity/acculturation.

Based on a study of Asian Americans from 1992-1995, the more years a foreign-born Asian spent in the US, the more likely he/she would be overweight and/or obese. Basically, the longer an Asian has been in the United States, the fatter he or she will be.

It gets worse if you're an ABC. If I'm reading the survey correctly, a US-born Asian American is almost twice as likely to be obese as his or her foreign-born counterpart (the ratio is almost the same between men and women). I'm confident that diet and lifestyle are big factors here.

Asian Americans are, based on BMI, skinnier than white people. This is not news to anyone. But exactly what is the difference spelled out in numbers we can visualize?

What is it for Asian American men and women? It's a little maddening because the National Health Survey only recently started including Asian Americans because we did not constitute 5% of the US population until ten years ago. And the information they report does not include mean BMI. But using the same data from the diabetes survey above, with a BMI mean of 24.3 and assuming an average height of 5'8" and 5'3" (the current average heights of an adult Chinese national male and female, respectively), the average Asian American man weighs 158 lbs whereas the average Asian American woman weighs 137 lbs.

So Asians are skinnier. As of 2012, only 11% of Asian Americans qualified as obese. This is easy to confirm anecdotally. The problem is it lures us into thinking we're healthy.

Unfortunately, being skinny doesn't mean we're stronger. In fact, evidence shows the contrary. Asian Americans are, pound for pound, weaker than our white counterparts, as measured by body fat percentage. From the Asian American BMI study:

Asians, although mean BMI was lower, had higher percentage body fat and more upper-body subcutaneous fat. In a meta-analysis which included data for three Asian groups, Deurenberg and others found that the percentage body fat was higher than predicted at low BMI levels for Chinese. Body fat was underestimated across all BMI levels for Thais and Indonesians. In a study of women in Hawaii, Novotny and others found that Asian women had a greater percentage of body fat than did White women with the same BMI.

We look skinny but we're actually fat, especially around the mid-section, where it's most dangerous. See, the distribution of fat also matters. The kangaroo pouch is dangerous for non-pregnant humans.

So what do you do if you're a skinny fat Asian? Don't assume you're healthy. Get checked out by your doctor. Sit less. Move more. Eat real food. Guard your sleep. Lift weights - for health and quality of life and not for shame purposes.

*The Asian American BMI study is fascinating. Of the six ethnic Asians groups surveyed (Chinese, Filipino, Korean, Vietnamese, Japanese, and Indian), the skinniest group were the Vietnamese - both men and women had the lowest mean BMI. They eat lots of raw, fresh vegetables so there's that. I live near East San Jose and can't remember the last time I saw a fat Vietnamese person. Also not surprisingly, Indian men had the highest mean BMI (they eat tons of fried food) but Japanese and Filipino women tied for highest mean BMI. That may have changed in recent years as this data is from 1992-1995.