Does the Holy Spirit Convict Believers? 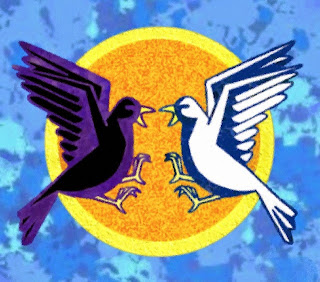 Feeling convicted about the convicting of the Holy Spirit: Within evangelicalism, there's a popular notion the Holy Spirit convicts the believer of sin. The verb "convict" is used in the sense of making one aware of a sinful thought or behavior. Feelings of remorse and regret will often accompany sin awareness**.

Whether the Holy Spirit convicts the believer is an important question because it gives the sense the Holy Spirit is dissatisfied with us. As a friend puts it, because the Holy Spirit lives inside of us, we often perceive Him walking through the rooms of our heart and remarking in disgust -

Wow. What a mess. How do you live like this?

When the Holy Spirit convicts the believer, He is telling you in specific detail how filthy your heart is. There's a subtle (or not) tone of condemnation. After all, if the Spirit of God is living in you, how does He not notice how sloppy your heart is?  Therefore, note perfectly innocent evangelical comments like this:

During dinner, I felt convicted by the Holy Spirit that yelling at my son during his basketball game was wrong. I felt so bad and decided I would apologize to him before bed.

In the usage above, "convict" is a feeling of guilt, remorse, or regret. The Holy Spirit speaks to the believer through a negative emotion that results from his sin being exposed or made aware of. It's like the Spirit of God asks the believer:

Hold on a sec. What just happened right there? Did you notice the mess you just made?

I want to address whether the Holy Spirit "convicts" believers through sin awareness, whether in the true meaning of the word He convicts believers at all, and what then is the Holy Spirit's role in the life of the believer.

This idea of the Holy Spirit's role in convicting believers comes from John 16:8. There is nowhere else in the Bible where the Holy Spirit is referenced together with the verb "convict" . Before analyzing the verse, let's clarify that "convict" and "conviction" are two different words with distinct meanings. To convict someone usually means to find someone guilty of a wrongful act whereas to have a conviction means to posses a deeply held belief. The evangelical notion is the former meaning - finding the believer guilty of some type of wrongdoing.

This verse must be quoted with its accompanying verses 9-11 to make any sense. Jesus is speaking in the Olivet Discourse about the arrival of the Holy Spirit coinciding with his departure (death, resurrection, ascension). Jesus assures his disciples the advent Holy Spirit will be superior to the presence of Jesus himself (John 16:7).  Jesus says the Spirit will convict the world concerning sin and righteousness and judgment.

What does "convict" mean? How is is this term used elsewhere in the New Testament? The closest reference is earlier in John's gospel in 8:46. Jesus defends himself against the Pharisees' accusations about Jesus' legitimacy. The "convict" in this verse is meant to highlight the gravity of the Pharisees' sin accusation against Jesus. It's not about a deeply held belief in any way. The other New Testament references include 1 Corinthians 14:24, Jude 1:15, and James 2:9. All of them are references to awareness of sin, almost in a legal sense. The instances where conviction refers to a deeply held belief are also pretty clear: Hebrews 11:1 and 1 Thessalonians 1:5.

For example, James 2:9 says "But if you show partiality, you are committing sin and are convicted by the law as transgressors." In this case, believers are convicted, that is, declared guilty as law breakers, but the convicting is done by the law and not the Spirit.

Who is the "world"? The closest reference to "world" is in v.11 where it says the ruler of this world will be judged. In this context, world cannot possibly mean believers because Jesus rules believers and this passage cannot mean the Holy Spirit will judge Jesus. Therefore, "world" must mean either the non-believing population of earth and/or the value system held by non-believers. Earlier in John 15, Jesus says the world hates him and will hate the disciples in the same way. Thus, "world', in the context of this passage, cannot mean believers.

What is v.8-11 talking about then? I'm not sure about everything but certainly a primary meaning is the Spirit's role in making non-believers aware of their sin of disbelieving Jesus. Before I became a Christian, I felt convicted that my primary allegiance was to myself. That sense is something the Spirit gives. The part regarding righteousness, I have no idea what that is about. Regarding judgment, the Holy Spirit confirms the ruler of this world (Satan) is judged and defeated.

Does the Holy Spirit convict believers? Based on the above, there is no credible interpretation of the John 16:8-11 that teaches the Holy Spirit either 1) finds believers guilty of sin or brings awareness of sin behavior 2) gives believers a feeling of remorse or regret after sinning. Similarly, I don't find ANY biblical passage that teaches either idea (Whether God gives us feelings of guilt, regret, or remorse will be the subject of a future post).

If the Holy Spirit doesn't convict, what then does He do? A couple verses later in John 16:13, Jesus declares the Spirit's role is to guide believers into all truth. That's what the Spirit does. He guides us to the truth of who we are in Christ - holy, righteous, blameless, justified, and free from sin. This is consistent with the rest of the New Testament and in particular, Romans 8:1-2 . There is now no condemnation for those who are in Christ because the principle of Spirit triumphs over the principle of sin and death. Conviction leads to condemnation and death. The Holy Spirit's work is to affirm our identity as God's beloved - He cries out "Abba" inside of us.

That word does not mean what you think it means: This probably comes down to how we use the word "convict". I believe most well-meaning Christians mean "convict" in the sense of being made aware of their sin. This is an improper usage of convict. The verb, in its biblical context, means to declare guilty of sin. But does the usage indicate an inaccurate view of God? Perhaps. Understanding the Spirit's role in guiding us into truth has far greater value than for Him to be a spiritual smoke detector. It changes the way we see God. The Spirit continually leads us into a more intimate experience and understanding of our righteousness in Christ. He is a wilderness survival guide not a spiritual thought Nazi. He leads us into assurance not anxiety.

So when we imagine the Holy Spirit entering the the rooms of our heart, there is no need to flinch at the impending nagging and condemnation.  He is not concerned about your mess. Rather, watch Him as He walks around, gleaming proudly -

Behold! Let us marvel at the beauty of what Daddy has built here.

* All scripture references are from English Standard Version (ESV)

** I first heard about the idea of the Holy Spirit not convicting believers from Joseph Prince's book, Destined to Reign