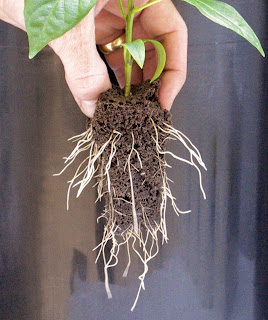 Recently, a couple guy friends told me their plans to have a "Define-The-Relationship" (DTR) with women in whom they had a romantic interest. It got me thinking about when a DTR is necessary and when it's not.

A DTR is a discussion about how to label a relationship. Labels are important. Without labels, it's easy for men to manipulate women and easy for women to be manipulated (the converse happens as well but it's not a labeling issue*). In this award-winning essay, a young woman, Jordana Narin shares about the one-way relationship she developed with a guy. The object of her affection is clearly a douchebag but the tragic part is Narin completely fell for it because among other issues, their relationship never bore a label.

Narin emotionally and sexually bonded herself to a guy who never clearly communicated his romantic interest, never initiated a DTR, and most damning of all, never exerted more than a casual effort in their relationship.

Each of one of those is a red flag but taken together, they're a recipe for disaster. It is false advertising of a tragic nature.

A Cautionary Tale on Over-DTR

But there's another extreme prevalent in Christian circles - the unnecessary DTR. It's meant to guard against the above scenario but ultimately leads to relationship fixation and frustration.

When I was a high school junior, I developed a crush on a close friend. We were part of the same youth group, our families were close, and we went to the same high school. It was a natural progression. I don't remember who initiated but we eventually expressed feelings for each other and spent a good chunk of our time exchanging hand-written letters. What complicated things is she was a year ahead of me in school and she wasn't romantically invested enough to date me publicly.

Our relationship was an extended DTR**.

And just as DTRs are not particularly enjoyable, so too was our relationship. She wrestled with whether or not she should invite me to her senior ball (she didn't), whether or not I was handsome enough for her (I wasn't), and whether or not our non-platonic, non-dating relationship would extend beyond high school (it didn't). We were two travelers stranded outside without an umbrella - constantly scanning the clouds for rain and fretting over the eventual downpour. We didn't go anywhere and we didn't figure out a label.

The pain of this non-labeled relationship and the advice of some wise college mentors taught me two valuable lessons about dating. The first was this: Discussing the uncertainty of a relationship is helpful to no one. It's an exercise in mutually miserable futility. An older friend once told me: "Pull a plant out to examine its roots too many times and you will kill it." It's possible I killed a budding high school relationship by constantly uprooting it and fixating on its future. It's a compulsion that is too easy to fall into. If you truly have anxiety about the future of a relationship, sharing it with the other person is often counter-productive. He/she will likely get defensive or anxious. And then you both get worked up and self-absorbed. Good times.

Upon reflection, the second lesson was this: It is vital for guys to express their romantic interest (and invest accordingly) but it does not require a DTR.

I have a traditional view of gender roles. The guy initiates and the girl responds. If a guy expresses romantic interest, it's not so much a negotiation but more of an FYI. If she's not interested, she will vote with her feet - stop responding to communication or refusing invites. If they're already close friends, preparing for awkwardness is important and emotional distance may be necessary if feelings aren't reciprocated.

Does expressing romantic interest qualify as a DTR? I don't think so.  Does expressing romantic intent qualify as a change in relationship status? No, it doesn't - it means you're still friends unless you both mutually decide otherwise, that's where the DTR might come in. Therefore, most DTRs are unnecessary. Even a marriage proposal is not a DTR. It is an attempt to re-label the relationship from boyfriend/girlfriend to fiancee but it's not a discussion, it's an invitation.

Egalitarianism, in this regard, does not appreciate how men and women are wired differently. For women, emotional attachment takes longer to form and is riskier. For men, attraction tends to spark quickly and requires effort to sustain. A guy who expresses romantic interest without begging a response signals confidence.

Initiative without desperation is attractive.

Having a DTR to express romantic interest smacks of neediness because it makes the conversation dependent on reciprocity. If you like a girl, pursue her and make your intentions clear. I did this in college with a girl I became attracted to during a missions trip. Thankfully, she didn't say much in response. She didn't "let's just be friends" me. She didn't say the the feeling were reciprocated. She simply acknowledged them. It was pointless to have a DTR when she didn't know me well enough to be attracted to me. We eventually became better acquainted through exchanging hand-written letters that were not fixated about our relationship status. It was refreshing to enjoy the sun together.

Couldn't Narin have initiated a DTR? She could have but I don't think it would have helped. He would have told her what she wanted to hear and then go back to behaving the same way as before. A man will often avoid a DTR because he benefits from the ambiguity of the relationship. He gets friends with benefits status without commitment or expectations. So if he's not willing to wear the label, he's probably not willing to invest in the relationship (and in her case, he was willing to do neither).

Most DTRs occur because the behavior and relationship status are contradictory. A guy and a girl spend time alone studying together, giving each other rides, sharing meals together, etc.

But when asked, they respond: "No, we're just friends".

This is a labeling problem. Your relationship is labeled "friend" but your actions indicate otherwise.

Usually a woman initiates a DTR because the man is sending conflicting messages and she is romantically invested and wants the relationship labeled accordingly. This is where it's important for both a man or woman to watch what the other party does and not what he or she says. Thus, in dating relationships as well as in life, action speaks louder than words.

* I saw this happen during high school, a girl would call various guy friends of mine, hang out with them alone, and each of my guy friends were lured into thinking there was something romantic going on. These guys were not accustomed to getting positive attention from an attractive female and they got sucked in.

** If I had known better, I would have moved on from this non-relationship much sooner. There could be no romantic future if she didn't want to wear the dating label. But it was difficult to move on when we saw each other all the time - at school, with our parents, at church, even Chinese school. And I have no regrets about what happened because it taught me about friendship and intimacy. We were good friends who had similar values, shared experiences, and felt safe with one another. It was a teaser of the kind of transparency and vulnerability possible between a man and woman.