It's Not Always Racism 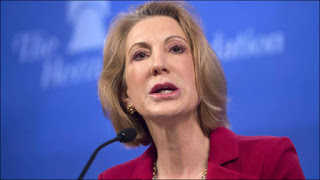 Carly Fiorina says the Chinese "are not terribly imaginative"

And I agree with her (1:54 or so in the video). The average native-born, raised, and educated Chinese citizen is not terribly imaginative, innovative, or entrepreneurial, as compared with the average American citizen. Is that truly a racist comment or a cultural/national one?

I haven't worked in China for decades like Fiorina but I've worked with native Chinese people for decades and I'm fairly confident no native Chinese person would take issue with Fiorina's comments. The Chinese educational system is superb at preparing students to excel in standardized tests.  Asian countries are awesome at rote memorization in a way Western countries couldn't begin to approach. China also indoctrinates people from birth in communist philosophy. Chinese people are not trained to think critically as individuals, at least not in the way the American universities do (which helps explains the massive influx of Chinese college students into the US). The social, cultural, and political environment of China does not produce top entrepreneurs and innovators due to the simple fact that it was not designed to. The quote Angry Asian Man pulls from Fiorina's book acknowledges as much.

Thus, the reason no Chinese people would have a problem with Fiorina's comments is because all native Chinese recognize this - the entrepreneurial and creative advantage of the West. That is precisely why Chinese citizens steal American intellectual property. And they are doing so in unprecedented numbers. From a recent Mercury News article about six Chinese citizens charged with tech theft from a Silicon Valley company:

"This is not the only case of this kind," said Asia specialist Derek Scissors of the American Enterprise Institute. "They happen all the time."

I know a Chinese citizen who was put in federal prison for stealing proprietary technology from his US company. This married father of two received all kinds of death threats for "being a traitor". But Chinese ethics operate differently. Imitation (stealing) is the ultimate form of flattery. Chinese citizens do not consider stealing trade secrets a form of espionage. Rather, it's an effort to level the playing field and a praise to US innovation. I'm not trying to justify theft; I'm trying to help understand what theft means in a cultural perspective outside of our own.

Just because someone make a negative comparison with another country in a specific regard does not give us license to impulsively slap the "racist" label on them. It would be wise to examine not only the context of the comments but whether the comments are based on something factual and finally, whether they are racial, cultural, or national in substance. Please note Fiorina is not disparaging, in any way, the creativity and innovation of American-born or even Western-educated Chinese.

Something is racist when a race is posited as superior or inferior in value to another. Fiorina's comments cannot be racist because she's evaluating two nations from the standpoint of entrepreneurship and innovation.

I watched the video of Fiorina and to his credit, Angry Asian Man does not quote her out of context. However, where he goes wrong is ignoring the reality of Fiorina's observations and quickly assumes she is a racist because she makes a negative cultural/national generalization based on reality.