I am the best kind of Chinese

May 05, 2015
Jeff Louie, a professor at Western Seminary, came to speak at our recent quarterly church network elder/staff meeting about evangelistic trends in the ethnic church. He has twenty-seven years of pastoral experience Chinese churches in New York City, Chicago, and San Francisco. It's safe to say Louie knows a little about Chinese people, especially those in the US.

Acts 6:1 Now in those days, when the disciples were growing in number, a complaint arose on the part of the Greek-speaking Jews against the native Hebraic Jews, because their widows were being overlooked in the daily distribution of food. 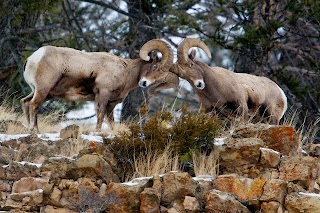 One of his points came from the passage above describing a conflict between first-century Jewish believers. The native Hebraic Jews made up the the current church leadership.  They were likely older. They spoke Hebrew. And they were more Jewish. By contrast, the Greek-speaking Jews were hellenized. They were probably younger, had grown up with Greek culture, and were less established as church leaders. It appears the native Hebraic Jews did not intend to neglect the Greek-speaking Jews but as the group in power, it inadvertently occurred.

This scenario plays out in every ethnic church today (and non-ethnic ones as well). Louie observed to the effect of:

And it gets worse. There are class and regional distinctions as well. Chinese intellectuals evaluate Chinese-ness based on hometown and where one went to school. As if you can be more or less "Chinese" based on language, culture, hometown, education, etc.
But there's more going on than the Hong Kong-Taiwan-China dynamic. If you're an Asia-born Chinese, you also look down on Western-born Chinese because American-born Chinese (ABCs) are younger, spoiled, whitewashed, and speak crappy Chinese. And of course as an ABC, I look down on FOB (Fresh Off the Boat) Chinese because overseas-born dads wear button-down shirts and formal socks with sandals and shorts.

And as a second-generation Chinese American, I also look down on subsequent generations of Chinese born in the US because THOSE BANANA Chinese Americans have completely lost their connection to Chinese culture. They are TOO whitewashed. They can't even speak crappy Chinese. And at least I know who Jay Chou is. I am the most superior Chinese because my generation has the perfect blend of Eastern and Western culture. I take the best and get rid of the rest.

And I would never look down on ABCs from other regions. Except we know Bay Area Asians rule. We're far superior to SoCal Asians - their emphasis on appearance reveals the shallowness of their character. We look bad on the outside so we must be good inside . Chicago and NYC Asian Americans have nothing on us. They have a fast-paced lifestyle because how can you slow down and enjoy the sunshine when it's always rainy, overcast, or snowing? It goes without saying ABCs from the Midwest and non-urban areas don't even rank second-class.

And then you add the English-speaking Chinese from Singapore, Malaysia, and Indonesia. They don't speak Chinese as well and they're not Westernized so they can feel left out of both congregations. And if your English-speaking ministry caters to that demographic, the ABCs feel left out. (seriously, ABCs are the most sensitive group in the Chinese church - we are like Goldilocks trying the bears' porridge - if it's a little too hot or too cold, we cry murder)

Life in a Chinese church can get messy real quick.

Of course Jesus is the answer but that doesn't mean there's an easy way through this morass of self-superiority and sub-cultural arrogance. It is a by-product of membership in the largest ethnic tribe on the planet. It's not question of whether we can eliminate pride. Until Jesus returns, pride, in its myriad forms, is not going away. Rather, the question is whether Chinese churches will choose to follow Jesus the way the first-century church did as recorded in Acts. The native Hebraic Jews died to their desire for power and control by appointing leaders who were not like themselves. That's what manifesting our new creation identity means - dying to self. And every generation, including my own, eventually has to deal with both sides of the coin - what it's like to be marginalized and what it's like to be first culture.

* The Hong Kong-Taiwan-China dynamic is especially evident in Chinese churches in Silicon Valley where older generation of leaders tend to hail from Taiwan and Hong Kong because of immigration in the 1960s and 1970s. This is being challenged by huge numbers of mainland Chinese immigrants in the last ten to fifteen years. The Hong Kong/Taiwan-born are the native Hebraic Jews and mainland Chinese immigrants are the hellenized Greek-speaking Jews. One challenge facing the Chinese church is raising up and integrating leaders from mainland China. The dynamic between Hong Kong/Taiwan-born Chinese and ABCs is another challenge as well.

** I wonder how Canadian-born Chinese feel about this. They might be the only Westernized Chinese with a legitimate inferiority complex. And CBC doesn't sound good.