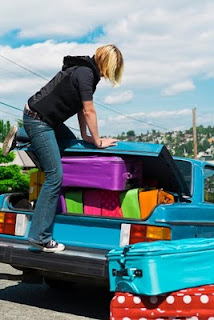 An OBC friend in seminary told me about some advice his OBC pastor gave him about becoming a pastor: “When you go into ministry, you have to swallow everything”. This counsel was given in the context of how a pastor should deal with his own personal struggles and complaints concerning ministry. Swallow up struggles. Do not voice complaints. Don’t expose weakness, especially to your congregation. And never, ever cry over yourself.

I believe this pastor’s perspective is fairly typical in the Asian immigrant church (and possibly most churches). Asian pastors and church leaders tend to stuff their emotions and complaints. As Asian pastors, we place a high value on emotional restraint and saving face, we don’t want to burden people with our own struggles (we’re paid to serve others after all), and we don’t want to appear weak or incapable of leadership. Even in college, I remember hearing counsel from a Korean church leader on how to teach bible study: “Be careful not share too much about your own weaknesses and struggles because you want to be a good example for others”.

The gospel offers a different perspective on vulnerability. We meet David who wears his heart on his sleeve and publicly voices his complaints to God through the Psalms. We meet Paul, who confesses about the thorn in his flesh, shares how Christ is glorified in his weakness, and is emotionally effusive towards the church. And there is Jesus, who before the cross, complains before God the Father to take this cup from me. He is the Jesus who gets thirsty and asks for a drink of water. He is the Jesus who when tired, sits down and rests. He, the Son of God and Lord of Lords, is neither afraid nor ashamed to be vulnerable.

The freedom to be vulnerable comes from safety and intimacy. We must feel safe from attack and the gospel is the greatest protection. The gospel addresses our most toxic emotions: guilt, shame, and worthlessness. Because of Christ’s sacrifice, our sin is no longer counted against us. Because Jesus took on our shame and covered our nakedness, we can show our face in the midst of humiliation. Because of Jesus defined our tremendous value by the cross, our worth is no longer threatened when our image suffers. This kind of safety makes it possible to risk exposure because there is no attack that can truly harm us.

It is not enough to feel safe though. Feeling safe does not inspire risk-taking. We must recognize that vulnerability builds relationship, first with God and then with others. God became flesh and became vulnerable in order for us to have true intimacy with Him. He desires the same in our relationships with each other. And through His Spirit, we are each called to the holy priesthood. Through His Spirit, we are being shaped into Christ’s likeness. Through His Spirit, our weaknesses are being redeemed for good. What do we have to hide? We are empowered and motivated to be transparent with each other because it allows us to be known.

The freedom of the gospel rebukes everyone - even the seemingly vulnerable people. I am naturally a candid person and most weaknesses are easy for me to share. But at times my vulnerability is motivated by a need for attention. In addition, there are other areas of my life that are more challenging to reveal. For me, the freedom to be vulnerable is not so much about the initial sharing of weakness, it’s the ongoing share of persistent sin and struggle. I know I will be accepted the first time I open about my sin, but what about a year later and its the 279th time?

What really reinforced this for me was when an OBC friend shared how she came to Christ in Switzerland fifteen years ago. She spoke little French and was invited to a bible study by a French-speaking Swiss believer. During the study (in which she understood nothing), she watched in horror as one of the men started talking and then broke down in tears. After the study, she asked her Swiss friend in English if something terrible had happened to the man. The Swiss believer said no. In the midst of sharing his struggles, he had been overwhelmed by the love of God in the face of his weakness. My OBC friend was amazed that a big, strong man would cry about his weakness out of joy not sadness. The incident struck her as strange yet compelling and brought her a step closer to following Jesus. Its hearing stories like these that stir my heart and make me so excited to be a Christian. It gives flesh to the words that Christ’s power is made perfect in our weakness. The gospel gives tears to the vulnerable and hearts are watered by it.